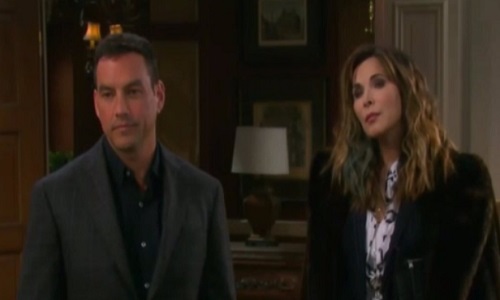 Days of Our Lives (DOOL) spoilers tease that Stefan (Tyler Christopher) will scramble to keep his promise. He told “Gabby” he would protect her, but their current mess will make that incredibly difficult. The stakes were raised the moment Marlena (Deidre Hall) learned the truth about Abigail’s (Marci Miller) alters. Now that Marlena’s in captivity, Stefan will struggle to contain the secret.

Nevertheless, Stefan won’t give up on his future with “Gabby.” He’ll do whatever he can to fight for this twisted love story. Days of Our Lives spoilers say John (Drake Hogestyn) will find some clues and they could easily point to “Abigail.” He’ll end up questioning “Gabby,” but he’ll naturally believe she’s the host.

“Gabby” will get pretty rattled, but Stefan will intervene before she spills too much. He’ll try to throw John off track, but suspicions will remain. Days of Our Lives spoilers say Stefan and “Gabby” will decide that running away together is their only option. They’ll want to get out of Salem as soon as possible.

Of course, other DOOL characters will start digging for answers. Gabi (Camila Banus) is behind bars, so everyone will still be searching for the mystery woman. Days spoilers reveal that Kate will finally spot her at the DiMera mansion. She’ll be thrown for a loop when she sees that it’s Abigail in a dark wig. 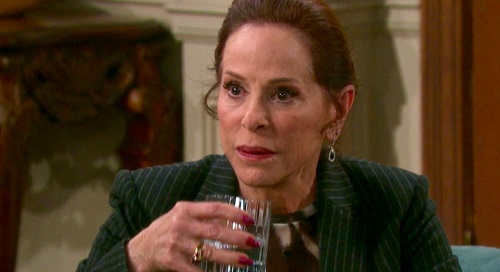 Meanwhile, Vivian (Louise Sorel) will also make a stunning discovery. She’ll learn Stefan is holding Marlena hostage and intends to skip town with “Gabby.” As Days fans would expect, Vivian will hit the roof. She hasn’t been in her son’s life all that long, but she still thought she taught him better than this!

Vivian will blast Stefan for letting this spiral out of control. She’ll refuse to let Stefan cause more trouble, but it’s not really up to her. Stefan’s obsession with “Gabby” will drive him to make some bold moves. He’ll ultimately lock up both Kate and Vivian. They’ll be tossed in that hidden room with Marlena, so it should be fun to watch them all bicker.

DOOL viewers will definitely want to check out the crazy scenes ahead. We’ll give you updates as other news comes in. Stay tuned to the NBC soap and don’t forget to check CDL often for the latest Days of Our Lives spoilers, updates and news.

In the latest #DAYS, Stefan and Gabby go to extremes to ensure Marlena can’t share their secret.https://t.co/70zOJaOWU0 pic.twitter.com/NBQLocbmxA