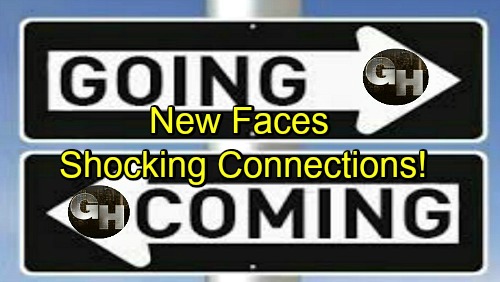 General Hospital (GH) spoilers reveal that we’ve got some comings and goings news to pass along. First, let’s talk about a recast that just popped up. You undoubtedly noticed a hunky new guy on Molly’s (Haley Pullos) arm, but he was simply a fresh face in a current role. Tequan Richmond decided to step away from GH to pursue other opportunities, so that meant bringing in a new actor as TJ.

Tajh Bellow scored the part and made his debut on November 20. TJ was part of all the escape room chaos, but he’ll also be part of some sweet moments at Jordan (Briana Nicole Henry) and Curtis’ (Donnell Turner) wedding. It’s nice that General Hospital could make this happen in time for the nuptials. TJ certainly needed to be on hand for this fun celebration.

In other GH news, Janet Hubert has joined the cast as Yvonne. Mike (Max Gail) recently mentioned the lovely lady he’s interested in. They’ve been spending time together at Mike’s new facility, where he spends his days easing into the transition. Yvonne has been incredibly helpful with the change. Mike’s a real charmer, so he’s definitely warming her heart, too.

Hubert is best known for her role as the original Vivian Banks (aka Aunt Viv) on The Fresh Prince of Bel-Air. She’ll make her first appearance as Yvonne on December 7, so that’s an airdate to watch out for. General Hospital spoilers say Yvonne will have another connection in town, so could she also be Marcus’ (Nigel Gibbs) ill wife? It seems likely since Marcus mentioned her tough diagnosis.

Next, we should mention some exciting updates on a soap alum. Kelly Sullivan played Kate Howard and Connie Falconeri on General Hospital as well as Sage Warner on The Young and the Restless. Now she’s tackling the role of Becky on Star, a primetime drama that airs on Fox.

It looks like Sullivan will only appear in one episode for now, but that’s plenty of time for her character to stir up some trouble. Star has also been featuring Days of Our Lives’ Camila Banus (Gabi) as Nina, so that’s another soapy reason to tune in. As for Sullivan, you can catch her episode on November 28 at 9:00 p.m. ET.

That’s it for comings and goings! We’ll keep you posted as other GH details emerge. Stick with the ABC soap and don’t forget to check CDL often for the latest General Hospital spoilers, updates and news.