General Hospital Spoilers: Emma in Grave Danger, Jason and Anna Team Up to Save Her 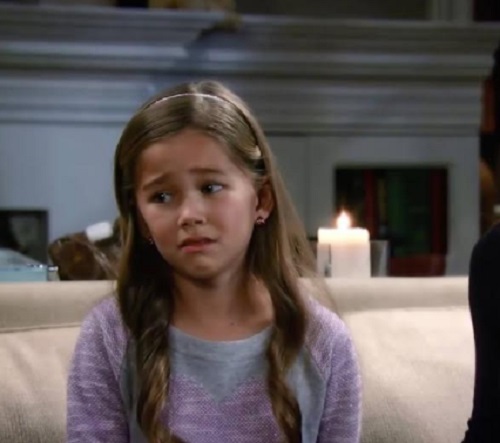 General Hospital (GH) spoilers reveal that Anna (Finola Hughes) has a dangerous plan in mind. Jason (Steve Burton) knows where the proceeds of The Severed Branch will be sent, so he intends to follow the money trail. That means he’ll be taking a trip to Switzerland and Anna wants to tag along.

Jason obviously doesn’t need Anna around to hinder Heinrik’s takedown, so he tried to use Emma (Brooklyn Rae Silzer) as an excuse. They can’t very well take a kid on such a perilous mission, can they? Well, of course they can! As soap luck would have it, Emma just happens to have a homework assignment that’s all about Switzerland. This is her chance to do the best research possible.

It looks like Anna’s going to win this battle, so Emma could get caught in some tricky situations. She offered to help spy while they’re over there. Emma’s undoubtedly serious about that. She’s been known to do some good snooping, but it could get her in big trouble this time around. 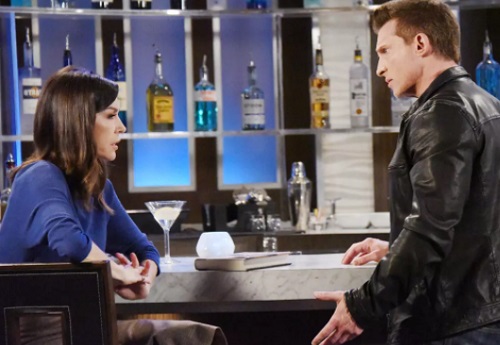 Anna argued that Emma would be safe with them, but surprises are always looming on the ABC soap. General Hospital spoilers say this trip could bring a few curveballs, so Emma could easily land in harm’s way. She might sneak off when she’s supposed to stay put and find herself stuck in major drama!

Peter (Wes Ramsey) assured Valentin (James Patrick Stuart) that he’d covered his tracks, but Valentin’s got his doubts. The cautious Cassadine probably has insurance policy out there just in case. They both have a lot to lose, so you can bet they’ve taken precautions.

However, inquisitive youngsters have been known to blow secret plots wide open. It’s easy for soap kids to stumble across new info. Let’s say Emma begs to help, so they leave her to search through some documents. It could be risky busy work!

If Emma finds a clue about Heinrik’s true identity, things may not go well for her at all. There’s always a possibility that Emma will see someone she shouldn’t instead. She could even just end up in the wrong place at the wrong time.

Emma might try to find Anna and get snatched before she can spill anything. Peter and Valentin surely have minions running around to take care of threats. Regardless, letting Emma go on this trip seems like a disaster waiting to happen. Anna’s far too certain that there won’t be any problems, which pretty much guarantees that chaos is looming.

Will this trip turn into a rescue effort? Will Jason and Anna have to save Emma from deadly danger? General Hospital spoilers say Robert Scorpio (Tristan Rogers) will be back starting April 13, so he could also get caught in all this. We’ll give you updates as other GH news comes in. Stick with ABC’s GH and don’t forget to check CDL often for the latest General Hospital spoilers, updates and news.