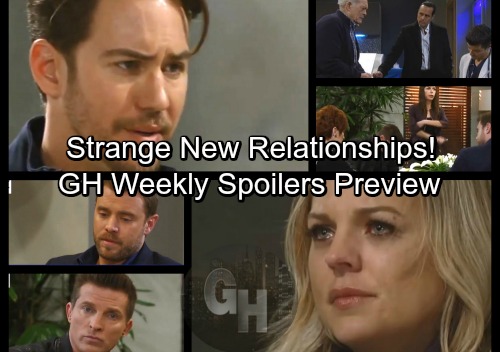 General Hospital (GH) spoilers for the week of February 19-23 tease that we’ll see some tense moments. For starters, Faison’s (Anders Hove) will reading will conclude with more drama. Drew (Billy Miller) and Jason (Steve Burton) aren’t big fans of each other anyway, but Faison’s latest condition should rev up the conflict. Each brother is standing in the way of the other one.

Faison has offered to make Jason or Drew’s dreams come true, but not both. One of them has to die if anybody wants anything at all. Of course, Jason and Drew’s war hasn’t gone that far! They won’t be trying to kill each other, so they’ll try to find other ways to achieve their goals. 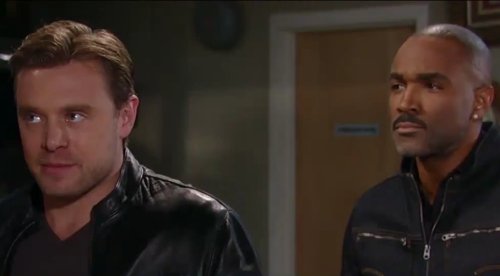 General Hospital spoilers say Drew and Curtis (Donnell Turner) will team up once again. Drew still wants to recall his past, so he’ll need a little more help from his pal. Meanwhile, Jason will turn to Peter (Wes Ramsey) for assistance. He’ll be focused on finding Heinrik, but he won’t realize the traitor he seeks is right in front of him.

Elsewhere, Maxie (Kirsten Storms) will be feeling pretty rough. Fortunately, several Port Charles residents will check on her. GH spoilers state that Peter will console Maxie by Nathan’s (Ryan Paevey) grave. Maxie will also get a visit from Anna (Finola Hughes) this week. It looks like Sam (Kelly Monaco) may even pop in a bit later. 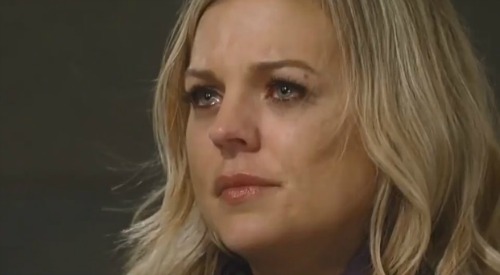 Maxie will appreciate the support, but it’ll still be difficult to face reality. Nathan’s gone forever and that’ll remain tough to accept. Across town, the election will cause plenty of chaos. After a last-minute scandal hurts Alexis’ (Nancy Lee Grahn) chances, Ned (Wally Kurth) will be blamed. Molly (Haley Pullos) will have a total meltdown, so she might fume over what she assumes is Ned’s attack.

However, Ned will insist that he had nothing to do with this. Olivia (Lisa LoCicero) will stand up for her husband if things spiral out of control. The results will come in by the end of the week, so Port Charles will have a new mayor soon enough! 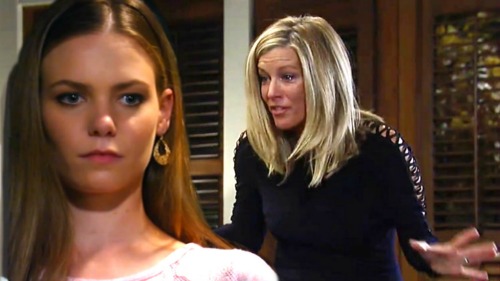 Other General Hospital spoilers say Nelle’s (Chloe Lanier) plot will continue. She’ll think it’s time to turn the heat up on Carly (Laura Wright). Nelle’s gaslighting plan will take a cruel turn, so stay tuned. Meanwhile, Ava’s (Maura West) gallery will be at risk. Is this threat about the looming act of God or will this involve another type of disaster? Regardless, Ava will grow concerned!

GH fans won’t want to miss all the bombshells ahead. We’ll give you updates as other news comes in. Stay tuned to the ABC soap and don’t forget to check CDL often for the latest General Hospital spoilers, updates and news.