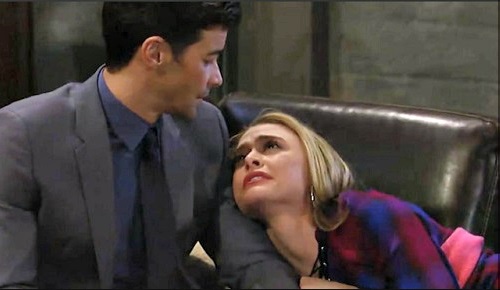 General Hospital (GH) spoilers reveal that Kiki’s (Haley Erin) setting herself up for trouble. Dr. Bensch (James DePaiva) proved that he’s one slippery character. He’s already wiggled out of his jam with HR! Nevertheless, Kiki can’t give up her fight to take down this gross doc. She at least wants the public to know what’s happening at GH.

Lulu (Emme Rylan) intends to keep Dr. Bensch’s name out of the story to prevent a lawsuit. However, her piece could result in intense pressure at the hospital. Someone on staff might be convinced to take a closer look at Dr. Bensch’s behavior. Perhaps he’ll learn this issue hasn’t been put to rest after all.

Plus, more victims could come forward thanks to Kiki’s courage. She’s surely not the first young woman Dr. Bensch has made moves on. There could soon be a long line of med students, nurses and other female employees who’ve been targeted.

If Kiki’s lucky, maybe another victim will have some hard evidence. The creep may not go down for harassing Kiki, but he could go down for doing it to someone else. Making Dr. Bensch pay the price is what matters. 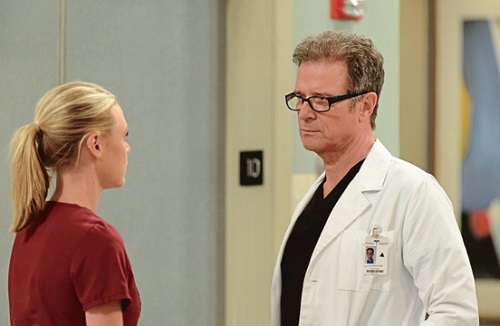 There’s always a chance that The Invader will pick up the story and do a little more investigating. They might get a tip and attach Dr. Bensch’s name to their version. If the scoop’s hot enough, it might be worth the risk.

Of course, Dr. Bensch seems way too calm right now. He clearly thinks he’s got the upper hand, but why is that? Is it just because Kiki has no proof or is it because he’s got proof against her? General Hospital spoilers suggest that Dr. Bensch could turn the tables soon. He’s still got a voicemail that could be misinterpreted as consent.

We also know Dr. Bensch has been staying at the Metro Court, where Griffin (Matt Cohen) also has a room. It seems likely that Griffin will get involved in this mess before long. Kiki claimed she had no witnesses to Dr. Bensch’s behavior, but that’s not exactly true. Griffin has seen Kiki suffer Dr. Bensch’s mistreatment and he caught the doc bothering Kiki in her slip at the Nurses Ball.

If Griffin tries to come forward, Dr. Bensch might reveal that he watched Kiki enter Griffin’s room that night. He could argue that Griffin’s girlfriend – and Kiki’s mother – wouldn’t like that very much. Ava (Maura Wright) would indeed be furious! Besides, this news would make Kiki look like she wants sex with all the doctors she can find. It certainly won’t do any favors for her case.

General Hospital spoilers say major war’s brewing, but who will come out on top? Everyone could be a loser in one way or another. Dr. Bensch may be publicly shamed and even fired if there are enough complaints against him. Since he’d have nothing left to lose, he could spread the word about Griffin and Kiki’s hookup. Dr. Bensch will definitely want some revenge if his career’s destroyed.

It sounds like some shocking moments are ahead. We’ll give you updates as other GH details emerge. Stay tuned to the ABC soap and don’t forget to check CDL often for the latest General Hospital spoilers, updates and news.