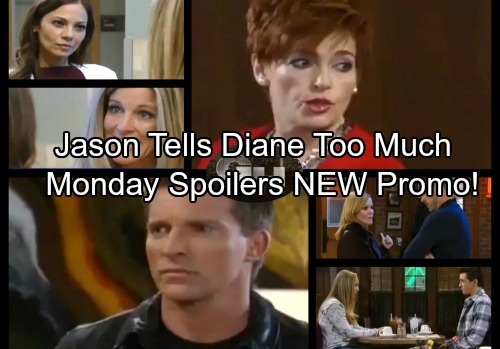 General Hospital (GH) spoilers for Monday, January 15, tease that Finn (Michael Easton) and Anna (Finola Hughes) will have an uncomfortable chat. They’re in a weird place, there’s still love bubbling under the surface. Anna and Finn just have to decide to take that leap. For now, Finn will offer an excuse for rushing off the other night. He’ll note that he didn’t get to say a proper goodbye.

Meanwhile, Lulu (Emme Rylan) will promise Maxie (Kirsten Storms) that she tried everything. She truly did her best to get the interview scrapped, but it was already online. Maxie will still feel like Lulu was simply putting her career first. 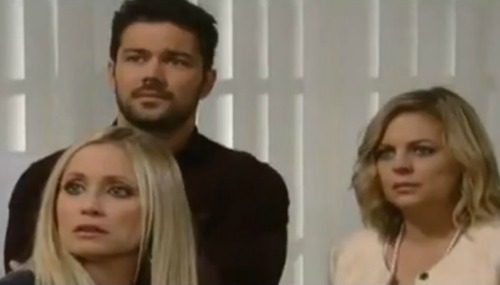 Nathan (Ryan Paevey), on the other hand, may blame himself for agreeing to the interview in the first place. He’ll probably urge Maxie to calm down and understand that Lulu did what she could. When Peter (Wes Ramsey) appears, he’ll immediately back Lulu up. He won’t think it’s fair for Maxie to hold her friend responsible. Peter may argue that if Maxie’s going to blame anyone, it should be him.

Other General Hospital spoilers say Alexis (Nancy Lee Grahn) will exhibit some signs of jealousy. Ava (Maura West) will pick up on Alexis’ agitation, so she’ll ask Julian (William deVry) about it. She’ll want him to tell her what’s going on with Alexis, but Julian may not offer too many details. 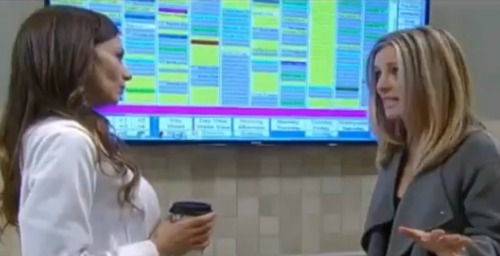 Regardless, this is all about Julian and Kim’s (Tamara Braun) flirting. A romance could be brewing and Alexis certainly won’t seem happy about it. Elsewhere, Oscar (Garren Stitt) and Josslyn (Eden McCoy) will discuss their plan. When Carly (Laura Wright) picked up Josslyn’s backpack, a box of condoms fell out. It looks like Joss and Oscar want to take their relationship to the next level.

Of course, Carly won’t stand for that. She’ll head over to GH for a fierce confrontation with Kim. General Hospital spoilers say Carly will rant about Josslyn being led astray. She’ll contend that Joss has become a wild child thanks to Oscar. Carly will think Kim needs to get her son under control.

Kim will be offended by Carly’s accusations. She’ll feel like if the teens are planning a sex session, Josslyn is behind it. Kim will argue that Oscar’s fine, but Carly’s letting her daughter run amok. However, Joss and Oscar are decent kids. They could use more guidance, but things could be worse!

Finally, Sonny (Maurice Benard) and Jason (Steve Burton) will face questions from Diane (Carolyn Hennesy). She’ll want the scoop on their latest project. Spinelli’s (Bradford Anderson) hard work put them a step closer to their goal. It won’t be long until they draw both the traitor and Faison (Anders Hove) out into the open. GH fans have to question if Jason could be unintentionally exposing Diane to danger by sharing this info.

Some hot drama’s ahead on the ABC soap. We’ll give you updates as other news comes in. Stick with GH and don’t forget to check CDL often for the latest General Hospital spoilers, updates and news.