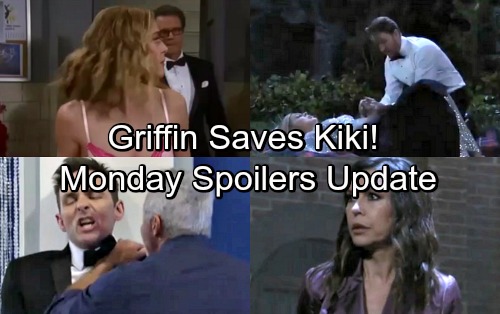 General Hospital (GH) spoilers update for Monday, May 21, tease that Anna (Finola Hughes) will get nervous as she waits for Heinrik. When he’s late, Anna will probably think Heinrik chickened out on meeting her. In reality, Peter’s (Wes Ramsey) simply too wrapped up in baby drama. He’ll help Maxie (Kirsten Storms) give birth to her son or daughter, so everything else will be put on hold.

Across town, Jason (Steve Burton) will get updates from Spinelli (Bradford Anderson). Sam (Kelly Monaco) found the lighter and made the Faison connection, so she’ll want to get in on this as well. After all, Peter is Aurora’s COO and has been duping them for months. 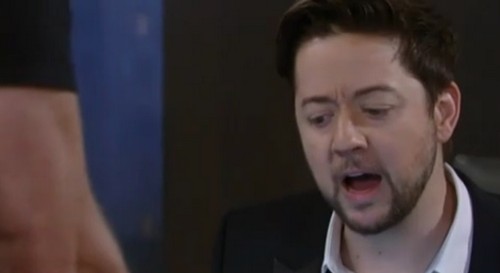 As Spinelli looks through all the emails, he’ll see the interactions between Heinrik and his mother. Jason will grow fearful when he sees the details of their meeting. Thanks to Anna’s phony claims, Jason believes she’s trying to trick Heinrik. Now that Jason knows Heinrik’s true identity, he’ll be more worried than ever. Jason will realize Peter could easily pull a few tricks himself.

Peter and Anna already don’t get along, so Jason may hope he can give Anna some backup. He should be relieved if he rushes to the pier and finds her alone. Nevertheless, Anna won’t give up on helping her son. Once she puts a face to the name, Anna will feel like she has even more of a reason to save Heinrik. 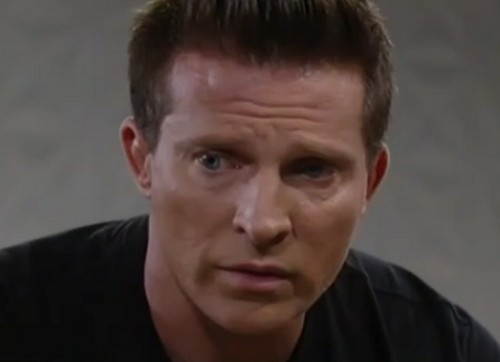 Other General Hospital spoilers say Ava (Maura West) will perform at the Nurses Ball. She’ll show off some serious skills, but Sonny (Maurice Benard) won’t exactly be impressed. He’ll just want to get through the rest of this night without letting Ava ruin it.

Unfortunately, there isn’t much hope when it comes to Kiki (Haley Erin). The rest of her evening at the ball will be anything but pleasant. Dr. Bensch (James DePaiva) will catch Kiki in her slip backstage. She’ll be repairing her dress, but Dr. Bensch will decide to waltz in and creep Kiki out. 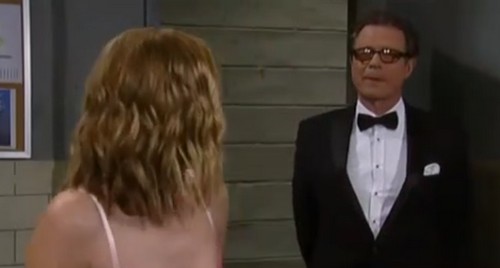 Kiki will get rattled over this inappropriate encounter, but Griffin (Matt Cohen) will manage to get rid of her stalker mentor. After Griffin interrupts, Dr. Bensch will head back out to the ballroom. That’ll leave Griffin alone to get answers from Kiki. She’ll lean on him for support, but Ava will be miffed about their growing connection. GH fans can expect “GrAva” to split over it soon enough!

In the meantime, Robert (Tristan Rogers) will blow his top. He’ll shove Valentin toward a wall and shout about getting justice. Robert will be livid over his time in captivity, so Valentin will have to face the music.