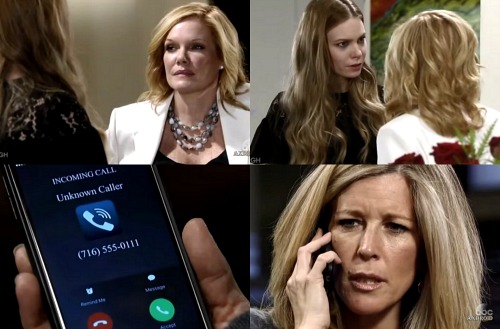 General Hospital (GH) spoilers tease that some major bombs are about to drop in Port Charles. Nelle’s (Chloe Lanier) been working on a new plan and GH’s latest promo reveals her next step. She’ll tell Ava (Maura West) that Carly’s (Laura Wright) going to get a very special Valentine. Nelle will add that Carly’s never going forget this one!

Ava will look intrigued by Nelle’s scheme, but she probably won’t ask too many questions. The less Ava knows, the better off she’ll be when this all blows up. However, Ava may eventually regret not knowing the whole story. 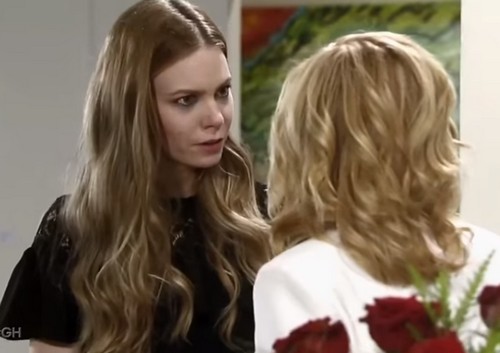 It appears this plot involves Morgan (Bryan Craig), which is obviously a sensitive issue for Ava. She feels guilty for playing a role in his death, but she also thinks it’s unfair that she gets most of the blame. Nevertheless, Ava might have concerns if she knew Nelle was using Carly’s dead son against her.

Nelle intends to “haunt” Carly with unknown phone calls and other types of messages. It seems she’ll want Carly to believe Morgan’s reaching out to her in some way. Carly made such a fuss about Nelle being crazy, but the tables may be turned soon. By the time Nelle’s through, she’s hoping Carly will be the one who’s off her rocker. 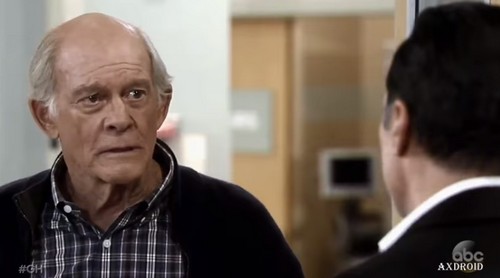 Meanwhile, Sonny (Maurice Benard) will deal with another form of family drama. Mike’s (Max Gail) memory struggles and strange behavior will leave Sonny upset. Although Mike will resist an examination, Sonny will admit he’s worried and push his father to do this for him. They’ll rely on Griffin (Matt Cohen) to give them some answers.

Griffin may need a specialist to confirm it, but he’ll probably have a pretty good idea of what’s up. General Hospital spoilers hint that Alzheimer’s may be Mike’s diagnosis. Sonny will realize he needs to be there for Mike, so this ordeal should bring them closer. 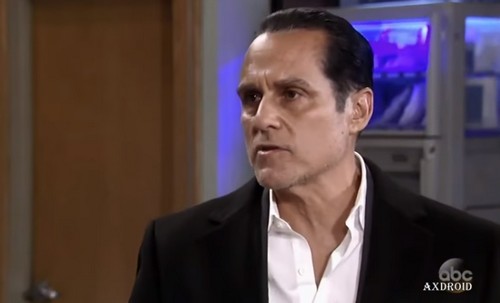 Finally, Maxie (Kirsten Storms) will continue to lash out. Her loved ones are just trying to help, but they’re not having much success. Maxie recently blamed Lulu (Emme Rylan) for Nathan’s (Ryan Paevey) death. She insisted that Lulu took everything from her, so it’s going to be a while before these two are on better terms.

Fortunately, Maxie and Lulu will undoubtedly repair their relationship down the road. That’s great news for GH fans who love this friendship. We’ll give you updates as other General Hospital details emerge. Stick with the ABC soap and don’t forget to check CDL often for the latest General Hospital spoilers, updates and news.