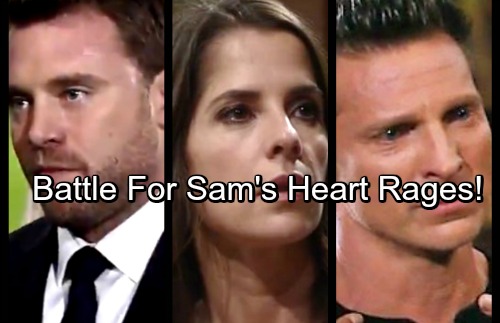 General Hospital (GH) spoilers tease that fan wars are heating up across social media. Many GH viewers are still at odds over who should be the real Jason Morgan, but there’s a bigger battle brewing. Since it looks like Steve Burton will be Jason and Billy Miller will be Drew, we should turn our attention to Sam (Kelly Monaco).

Both men want to be with her, but Sam can’t have two brother-husbands. She’ll have to pick one sooner or later. General Hospital spoilers hint that we’re kicking off a lengthy journey to the truth. Sam will undoubtedly want proof that Burton’s character is the real Jason, but she may not know what to do once she gets it.

There’s an important question that’s being posed by GH watchers and it’s worth addressing. Assuming that Miller is Drew, should he step aside for Burton’s Jason? A fierce debate is going on, so let’s look at this from both sides.

Patient Six (Steve Burton) was wary of approaching Sam after he saw her with current Jason. He could tell she was happy and he didn’t want to wreck it. However, Sonny (Maurice Benard) pointed out that it was all built on a false assumption. Sam believes Miller’s character is her soul mate, Jason. She probably wouldn’t be with him right now if it weren’t for that belief.

Nevertheless, Sam and current Jason have developed a different kind of bond. They’ve changed and grown into a new kind of relationship. There’s an undeniable connection between them, but will anything shift if Miller turns out to be Drew?

If current Jason fights too hard to keep Sam, he just might lose her. Perhaps he needs to respect what Sam shared with classic Jason and let her decide for herself. That could actually be a good strategy to win Sam over. 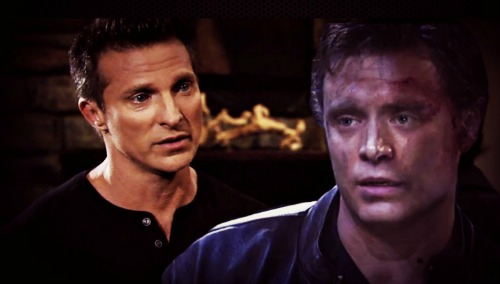 If Sam reunites with Burton’s Jason, she’ll inevitably pine for Miller’s version. They have very different personalities and styles of love. Sam’s fallen for Miller’s character, so going back to classic Jason would be awfully difficult at this point.

Still, the decision needs to be Sam’s. Should current Jason step aside so Sam has the freedom to do what she wants? Would that make their relationship even stronger? Sam might realize that Miller’s character is her soul mate after all. Maybe the Jason confusion had to happen to bring them together.

It sounds like Sam and Miller’s character are both facing tough choices! We’ll give you updates as other General Hospital news comes in. Stay tuned to the ABC soap and don’t forget to check CDL often for the latest General Hospital spoilers, updates and news.