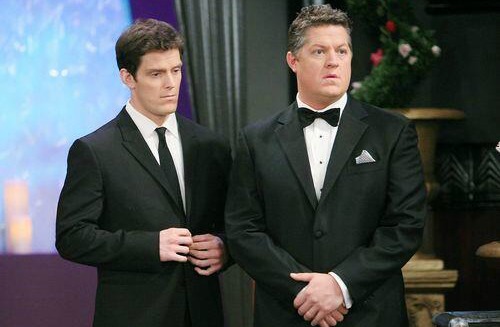 General Hospital (GH) spoilers reveal that a horrible accident has rocked two cast members. Max (Derk Cheetwood) and Milo (Drew Cheetwood) are certainly fan favorites, so it’s always a treat when they pop up for some drama. Unfortunately, the Cheetwood brothers are dealing with a real-tragedy right now. Their family is facing concerns after a scary car crash.

On Facebook, Derk Cheetwood posted updates and tried to stay positive about the difficult road ahead. “My parents were involved in a serious car accident yesterday,” Derk said. “My dad is doing well thankfully however my mom sustained some very serious injuries. She is currently being treated in ICU in the Toledo Trama unit and receiving incredible care might we say.”

Derk was commenting on behalf of the family, so Drew hasn’t spoken out just yet. These brothers are undoubtedly going through a tough time, but plenty of General Hospital viewers are rooting for them. In the comments, many people sent love, prayers and good vibes to the Cheetwoods.

Derk and his loved ones are certainly supporting his mom through this. “Our entire family has been with her almost every minute…from accident to ICU,” Derk said. “Although she has many serious injuries we are praying for a complete recovery.” Derk added that his mother was currently resting well, so at least the staff’s keeping her comfortable. GH fans hope she’ll be on the mend soon enough!

Drew recently made a touching appearance as Milo on the ABC soap. Coincidentally, his emotional scenes involved a hard ordeal for his character’s mother. Milo reflected on his mom’s battle with Alzheimer’s, so Sonny (Maurice Benard) offered some comfort.

Loads of Twitter users reached out to tell Drew how fantastic he was. He was just glad he could help people in some way. “I appreciate you and your stories and am honored by your feedback,” Drew tweeted. “Working with @MaxGail and @MauriceBenard on this storyline is the most important subject of my acting career and I am so grateful to be a part of it.”

General Hospital spoilers don’t point to more Milo or Max scenes anytime soon, but they’ll inevitably get back in the action eventually. For now, Drew and Derk will focus on staying strong for their mom. We’ll keep you posted as other GH news comes in. Stay tuned to the ABC soap and don’t forget to check CDL often for the latest General Hospital spoilers, updates and news.