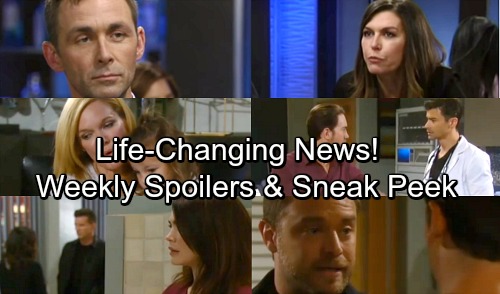 General Hospital (GH) spoilers for the week of March 12-16 tease that some big surprises are on the way. For starters, Kiki (Haley Erin) is in for shock thanks to her mentor. Dr. Bensch (James DePaiva) will give Kiki a stunning gift, so trouble could be brewing. The doc’s starting to seem a bit obsessed with the young med student.

Meanwhile, Drew (Billy Miller) and Franco (Roger Howarth) will find themselves on the same side for once. They’ll resolve to get to the bottom of their childhood issues. Franco and Drew will think Jim Harvey (Greg Evigan) is twisting the facts. They’ll hope they can prove that soon enough.

Other General Hospital spoilers say Ned (Wally Kurth) will have a mess on his hands. He’ll get frustrated over something, so this might involve his new job. As Port Charles’ mayor, Ned’s already been hitting hurdles. The earthquake brought plenty of stress, but there’s so much more to come.

Ned won’t be the only one dealing with drama. GH spoilers state that Olivia (Lisa LoCicero) will get stuck in some as well. Naturally, Nelle (Chloe Lanier) will be part of it. Drama is her middle name! General Hospital spoilers reveal that Nelle will spend some time with Leo, which Olivia will be grateful for at first. She’ll thank Nelle for her help, but Carly (Laura Wright) will quickly intervene. 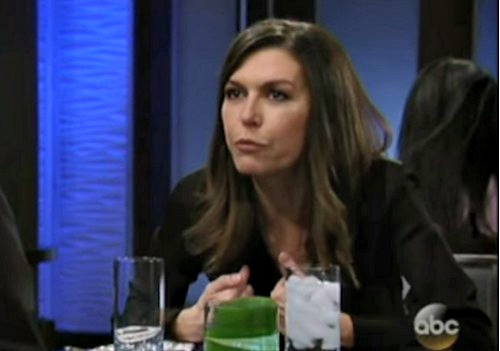 Carly will be furious with Monica’s (Leslie Charleson) decision to let Nelle live at the Quartermaine mansion. She’ll attempt to spoil things for her nemesis by badmouthing Nelle to Olivia. You can bet that Nelle will fight back! Elsewhere, Anna (Finola Hughes) will call Valentin (James Patrick Stuart) out on his gender lie. The baby was a boy, so Anna will wonder why Valentin deceived her.

Valentin will try to cover up his true motives, but Anna will be exasperated by all the obstacles. She’ll share her complaints with Andre (Anthony Montgomery) and get some advice in return. General Hospital spoilers say Andre will want Anna to take a deep breath and relax. He won’t think she should let her search for answers take over her life. 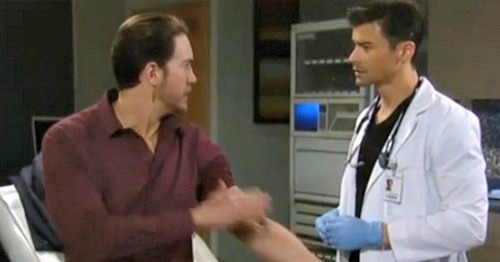 Speak of answers, Peter (Wes Ramsey) will seek some about his own health. He’ll be tested for Huntington’s disease, so he should know if he has it soon. Maxie (Kirsten Storms) and Nina (Michelle Stafford) will also get some great updates, so maybe the baby’s test will come back negative.

Finally, Alexis (Nancy Lee Grahn) will pass along some words of wisdom. She’ll try to help Sam (Kelly Monaco) deal with her feelings for both Jason (Steve Burton) and Drew. We’ll keep you posted as other GH news comes in. Stay tuned to the ABC soap and don’t forget to check CDL often for the latest General Hospital spoilers, updates and news.