BY Sean O'Brien on May 10, 2018 | Comments: one comment
Related : Soap Opera, Spoiler, Television, The Bold and the Beautiful 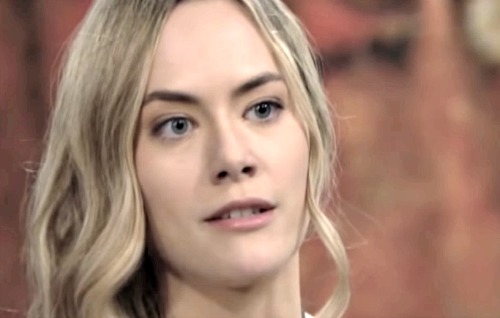 The Bold and the Beautiful spoilers documented Shady Hope Logan’s (Annika Noelle) dirty, low-down dealings since she returned from Europe. The woman actually has a totally different appearance. So maybe she’s a soapy shape-shifter?

Hey, Steffy (Jacqueline MacInnes Wood) is no angel. She boot-knocked with Bill (Don Diamont) in her grandfather’s guest house, which is what successful rich people own. Those who are jealous and unable to make progress in their own lives would have labeled Eric (John McCook) as rich. No, he used his talent and brains to build a company. That took effort, not luck, which is what random chance is. 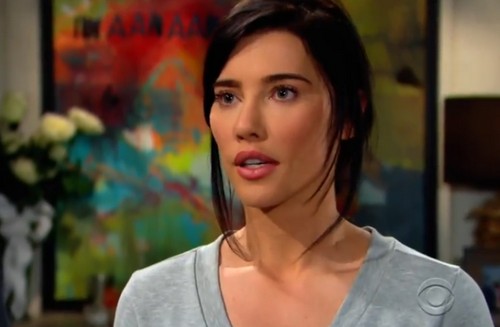 Those who are jealous of Steffy’s brains, superb looks, and overall appeal want to paint Hope as the good girl. Girl, yes, she does act like a teenager with her one true love, Liam (Scott Clifton). Maybe you two can find a late-May prom somewhere in Los Angeles? Getting back to the Hope-slam, this so-called goddess of purity actually is a common, thin-skinned, self-absorbed brat.

What type of real woman would try to steal a man from his pregnant wife? And who knows, Lope’s fireplace delight might have impregnated Hope. Imagine that, lowercase spencer expecting two children, one from each ex-wife, at the same time! 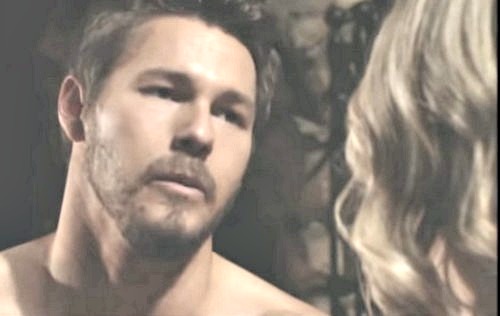 What type of married man asks his ex-wife to marry him, sleeps with her (evil Hope) and then sends annulment papers via a messenger the next morning? A lazy, good-for-nothing, entitled goof, that’s who.

Couldn’t you get in the car Bill’s money bought you and drive downtown to file the papers yourself Liam? Oh, the sun was shinning too brightly and since you forget the 500 UV protection sunscreen, locally sourced of course, at that dingy hotel room where you were hiding out from the pathetic life circumstances your actions provoked. Got it.

Here’s some hope for the future Liam, the child Steffy’s carrying turns out to be Bill’s. Yeah, that’s right. You’re not having a daughter this summer as you expected. She was sired by your father with your wife. His swimmers were stronger than yours. Digest that meat you claimed vegan. 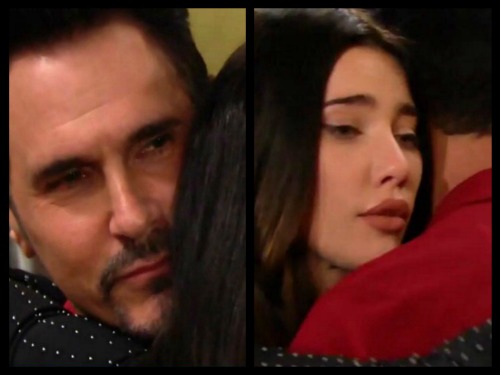 Bill’s controlling, but the man actually does love Steffy. She’ll have no choice but to be with him once it’s learned, as projected, that he’s the father of her child.

Meanwhile, Liam and Hope can save that portion of the world they deem worthy. They can inject their false principles into society through the money their families earned, just like other phonies do.