The Bold and the Beautiful Spoilers: Steffy Grows a Pair and Lashes Out at Liam – Goes Medieval On Hope and Bill

BY hellodrdavis on May 8, 2018 | Comments: 2 comments
Related : Soap Opera, Spoiler, Television, The Bold and the Beautiful 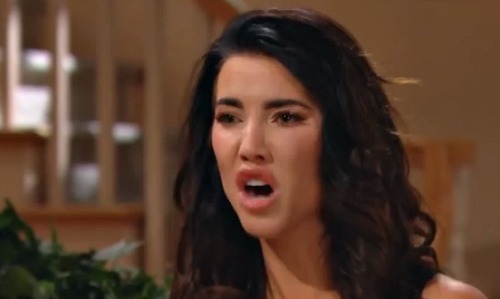 The Bold and the Beautiful spoilers tease that Steffy (Jacqueline MacInnes Wood) will up her game when it comes to fighting for her marriage to Liam (Scott Clifton). She sure needs to if she has any hope of getting Liam back, and she’d better act quickly, as Liam and Hope (Annika Noelle) became engaged with lightning speed after Liam decided he was through with Steffy!

Up until now, Steffy has been doing a lot of crying and begging for Liam to come home, and who can blame her? She knows she made a terrible mistake when she had sex with Bill (Don Diamont) and she has a lot to be sorry for. Add to that Liam’s strange behavior in sending flowers and notes about forgiveness, then surprisingly showing up on Steffy’s doorstep to announce he is filing the annulment papers after all. 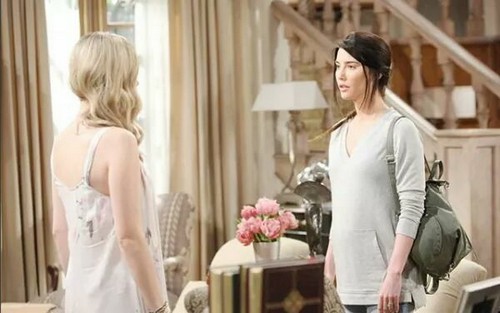 It’s all been confusing for Steffy, who has reacted primarily with fear and bewilderment. Thus far, Steffy has just wanted help in getting through to Liam, accepting Ridge’s (Thorsten Kaye) assistance and tearfully begging a reluctant Wyatt (Darin Brooks) get Liam to change his mind and come home.

Perhaps its time for Steffy to stop begging and start fighting hard. The Bold and the Beautiful spoilers say that Steffy will start showing more of a backbone in her fight to regain her marriage. First, Steffy and Hope will have a showdown after Hope divulges her engagement to Liam. Steffy will be incredulous and outraged that Liam has moved on so quickly with her nemesis and she’ll make it clear that she thinks Hope is taking advantage of a vulnerable Liam. Whoosh. 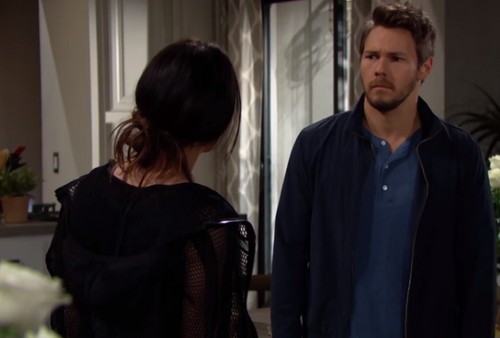 Next, look for Steffy to have words with Liam, during which she will demand that he call off his engagement to Hope. Maybe Steffy will give Liam some tough love and angrily call him out on his instantaneous rebound. After all, she and Liam have a baby on the way; maybe Steffy will give Liam a piece of her mind and argue that he should be putting fatherhood above all else in his life, including Hope. At this point, Liam’s already engaged, so what will it hurt for Steffy to lay it on the line and show Liam a little teeth?

Maybe what Steffy really needs to up her game in this fight are some answers about why Liam was pushed so readily into Hope’s arms. The Bold and the Beautiful spoilers say that Ridge will share a theory with Steffy on Wednesday’s new B&B episode, May 9. 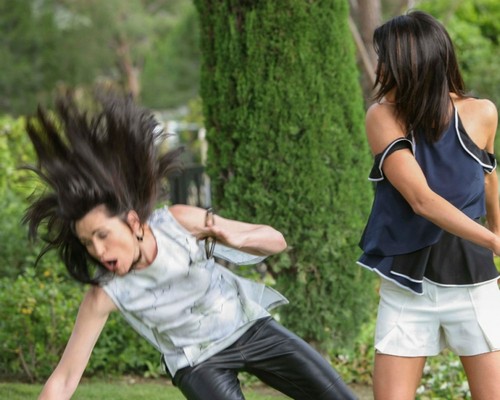 Will Ridge tell Steffy that Bill manipulated Wyatt into passing on (false) information about an on-going Dollar Still affair to Liam? What will Steffy do when she finds out? Someone really needs to call out Bill for his manipulation, and Steffy would be the perfect person to do it. If anyone doubts that Steffy is capable of unleashing true anger just ask Sheila, Quinn, Ivy, or the late Aly!

It seems that Steffy has a lot of people to set straight. Will she go there, and will it help her get Liam back – does she really want someone like Liam back? Stay tuned to the CBS soap and don’t forget to check CDL often for the latest Bold and the Beautiful spoilers, updates, and news.