BY Heather Hughes on July 16, 2018 | Comments: one comment
Related : Soap Opera, Spoiler, Television, The Young and the Restless 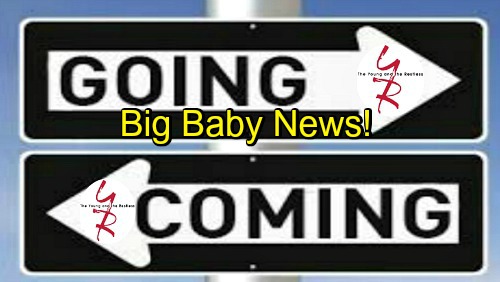 The Young and the Restless (Y&R) spoilers tease that we’ve got some comings and goings news to pass along. For starters, let’s talk about a big return – well, sort of! On Twitter, Mishael Morgan revealed that she stopped by the Y&R set briefly. She snapped a pic in the hallway with Bryton James (Devon), Amelia Heinle (Victoria) and Daniel Goddard (Cane).

“Quick visit with my favourite people today,” Morgan said. “Awww I miss you guys!” Morgan also joked about hoarding water bottles since she was holding a couple in the pic. Her former costars certainly seemed thrilled to have her back, even just for a few minutes.

Of course, there’s always a chance Morgan dropped by for a reshoot or some scenes that’ll air after her initial exit. Her tweet makes it sound like it was just a social thing, but you never know. The Young and the Restless likes to keep things hush-hush, so maybe Morgan had to play it off like a simple set visit. 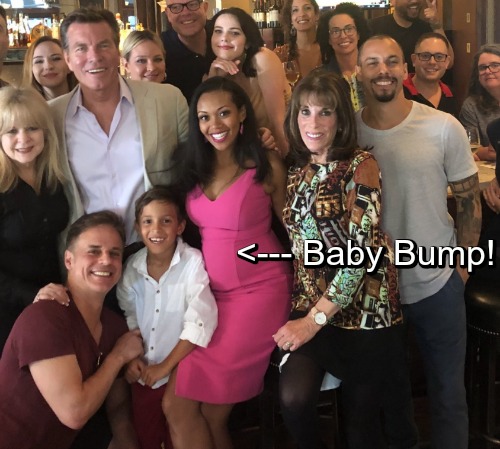 Whatever the case, Y&R viewers are already dreading this goodbye. It looks like Hilary will have a miscarriage this week, which should be the beginning of the end for Devon and Hilary’s relationship. This weekend, July 15, in real life Mishael Morgan announced her pregnancy and that she is having a baby girl.

People are still buzzing about Eileen Davidson’s (Ashley) exit as well. She’ll be exiting the show in September, but is she stepping away from The Young and the Restless for good?

According to Soap Opera Digest’s insider, Davidson could be back. This insider insists there was no bad blood, so Davidson “just decided to leave on her own for now.” The “for now” part gives viewers a little hope for the future. 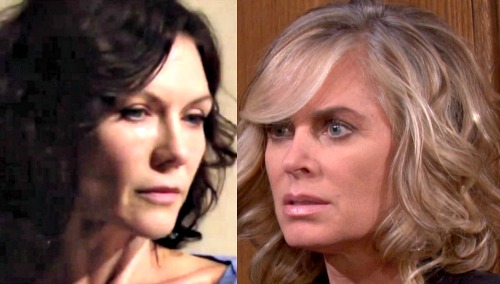 However, Days of Our Lives also has their eye on Davidson. Stacy Haiduk (Y&R’s ex-Patty) filled in for Davidson in the popular role of Kristen DiMera, but it appears she’s done taping. Her DOOL scenes have yet to hit the screen, but the part is seemingly available again.

Another insider revealed, “The timing would now be perfect with what’s coming up. They would love to have Eileen back.” Since Days has plenty of dark weeks, Davidson could still spend loads of time with her family. That’s the reason for her departure, so maybe Days and Davidson can work something out. Soap fans will keep their fingers crossed!

Best birthday present ever! My official reveal that, YES I am pregnant! And guess what… it’s a girl!!! 🎉🎉🎉 #itsagirl #pregnant #overthemoonhappy #birthdaysurprises pic.twitter.com/fxg3gNA9EF