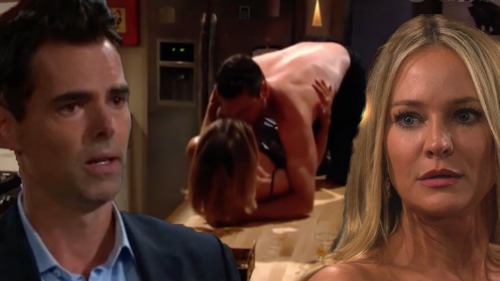 The Young and the Restless (Y&R) spoilers faithfully reported on all things Genoa City for years. Now, at this point in Y&R’s history, it’s quite clear to many fans of the CBS soap that tawdry scenes and family battles are deeply overdone.

However, poor GC souls currently behave as though constant dysfunction is normal. Those characters somehow don’t know how to solve their own problems, or are unable to stop encouraging others to behave badly. That’s not believable and appears to expose TPTB and Y&R’s writing staff as thinking viewers want constant chaos and think it’s enjoyable to observe. Neither appears true.

Joshua Morrow (Nick) wanted to develop a darker aspect of his character and thus ‘New Nick’ was born. But the actor’s homespun humor is still needed as Dark Horse rides forward.

Gina Tognoni (Phyllis) enabled an entirely new side of her character to be available after becoming the recast in 2014. In addition to a softer edition, Tognoni’s ability to offer apparent stream of consciousness hilarious takes must be utilized on a far more regular basis.

Camryn Grimes (Mariah) has demonstrated terrific comedic chops. That element within this great actor’s range is being underserved.

Judith Chapman (Gloria) has become a recurring character in recent years. She recently accepted a role on Days of our Lives which also appears to be recurring and may not preclude Gloria’s continued presence in GC. This superb actor has delivered so many humorous lines with such perfection in past years, with less so more recently.

Kate Linder (Esther) and Jess Walton (Jill) represent the links to the one, the only, the forever Jeanne Cooper (who played the immortal Katherine Chancellor until 2013). Both surviving members of Katherine’s extended family still trade the best barbs, among all duos, when shown together.

So, enough already with the crush of way overdone, unrealistic scenes where physical affection is reduced to base instinct. Also, not every member of every family needs to be involved in endless battles.

Hey, Y&R, varied talent exists within your ensemble, be it in regular contract status, or recurring. Allow all of the actors referenced and others who weren’t mentioned, including those who are yet to come, to use humor more often. By returning to time-tested methods that proved successful the show won’t be so overly dramatic.