The Young and the Restless Spoilers: Kevin and Phyllis’ Dangerous Alliance – Chelsea’s Doomed Thanks to Determined Team 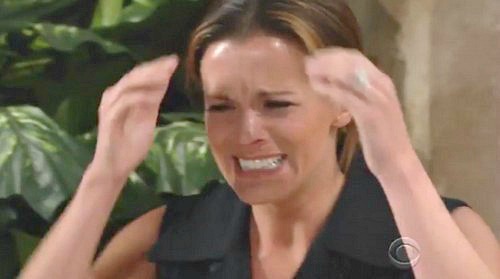 The Young and the Restless (Y&R) spoiler tease that Phyllis (Gina Tognoni) will need a helping hand. During the week of February 19-23, Phyllis will reach out to someone for assistance. It looks like Kevin (Greg Rikaart) could be that someone. He’ll be getting back in the action on February 20.

Phyllis might explain the Chelsea (Melissa Claire Egan) situation and summon Kevin to pitch in. Kevin might be hesitant to stir up trouble, but part of him might want a little revenge. Kevin and Chloe (Elizabeth Hendrickson) were set to have a happy life in Genoa City before Chelsea wrecked their wedding.

Chloe went through a lot after that confrontation and now she has to hide out away from her friends and family members. Kevin is pleased that he scored another shot with his love, but lingering pain could convince him to go after Chelsea. His skills and potential revenge desires could make him Phyllis’ perfect ally.

What could Kevin dig up while he’s in town? Phyllis will be looking for evidence that Chelsea was behind the phony website. She might hope that Kevin can help her trace everything and offer undeniable proof that Chelsea is Alexandra West.

Kevin has hacked security systems before to take a look at the footage. Maybe he can do it again and score Phyllis a clear video of Chelsea in disguise. That would give Phyllis something solid to confront Chelsea with. Naturally, Phyllis would want Nick (Joshua Morrow) nearby when it happened. She’s desperate to turn Nick away from Chelsea and all her cons.

Of course, Chelsea’s keeping another huge secret. It’s possible Kevin will somehow stumble across the truth about Christian’s (Jude and Ozzy McGuien) paternity. That would really throw Phyllis for a loop! She might be torn about revealing something so life-changing. Still, Phyllis is awfully committed to bringing Chelsea down.