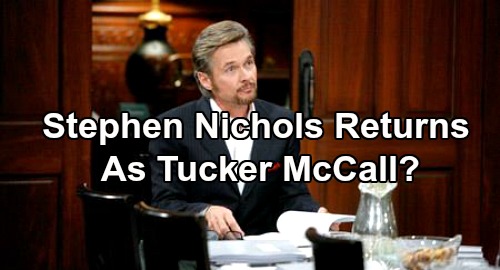 The Young and the Restless (Y&R) spoilers reveal that viewers, current cast members and Y&R alums are all hopeful about what’s ahead on the CBS soap. Several soap stars have been vocal about the changes on social media. Now that Tony Morina is sliding in the executive producer spot and Josh Griffin has taken over as head writer, many fan favorites seem to have a positive outlook.

One cast member who’s excited is Kristoff St. John (Neil Winters). He recently tweeted, “Let’s welcome @joshgriffith59 back to Y&R! His inspiring leadership, focusing on the core characters, will prevail. The character assassination of Paul @DougDavidsonYR was brutal. Raise your voice! Bill Bell Sr. created this legendary show. It is our duty to protect his legacy.”

That led several fans to chime in about how much they missed Neil. St. John assured everyone that Neil would be back on screen soon, but the most interesting part of all this was Stephen Nichols’ response. 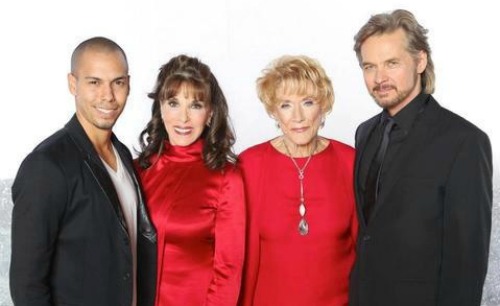 Y&R viewers will recall that Nichols used to play Tucker McCall on The Young and the Restless. He most recently left the role of Steve Johnson on Days of Our Lives over a contract dispute.

Based on Nichols’ latest tweet about the CBS soap, he could be fishing for a Y&R comeback. General Hospital fans have also been pushing for him to reprise the role of Stefan Cassadine, but GH hasn’t made it happen yet. Nichols may be hoping The Young and the Restless will snatch him up instead.

“Josh is a master storyteller,” Nichols said. “Looking forward to what flows from his pen. And yes, get @DougDavidsonYR back where he belongs!” With all that gushing over Griffith, Nichols may think he can score Tucker’s return. Some faithful Y&R fans piped up in support of the idea.

One viewer said, “Would love to see both of you talented actors back on television working with Josh!” Another one tweeted, “…if Y&R is smart enough to grab him, I give them major props! Any show would be blessed to have him!” Nichols’ supporters would love to see him on just about any soap at this point.

Would you be on board with a Tucker McCall comeback? Do you think Stephen Nichols is trying to lock in the opportunity? The Young and the Restless spoilers say some cast shakeups are looming, so you never know who might pop up.

Josh is a master storyteller. Looking forward to what flows from his pen. And yes, get @DougDavidsonYR back where he belongs! https://t.co/En9tIZexDx