BY Sean O'Brien on September 12, 2018 | Comments: one comment
Related : Soap Opera, Spoiler, Television, The Young and the Restless 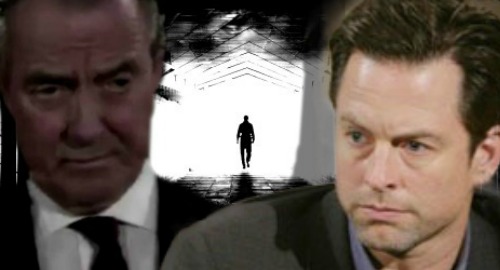 The Young and the Restless spoilers tease that Eric Braeden’s announced, temporary departure from the cast this month will lead to less Victor in Genoa City. As soap operas typically record shows six weeks in advance, Y&R fans won’t learn what happens to the Moustache until October.

One possibility would be for Victor to go missing. That storyline played out famously many years ago. His loved ones feared he was dead, while enemies celebrated.

Victor’s proposed status would see Victoria (Amelia Heinle) and Nikki (Amelia Heinle) take full control of Newman Enterprises. However, one, the other, or both Newman executives could be imprisoned due to the anticipated J.T. (Thad Luckinbill) fallout.

Braeden’s character will only be gone for a matter of weeks, at best. Combine soapy magic and he could film advance scenes that allow Victor to phone home, like E.T., from whatever destination he’s said to be in.

It would make sense to have Victor fly away from his family while they are in chaos. He would be plotting various counters that would secure his company, then return home to save everyone, possibly including Nick (Joshua Morrow). But a pound of flesh would have to be offered by his son in order for that deal to happen. The head of Dark Horse isn’t currently in the frame of mind to do that, but maybe fall winds will radically alter his perspective.

Victor could fall ill again, or enter into another coma. That storyline happened earlier this year and would produce a stale redo.

Alternatively, what if Victor leaves GC and makes contact with Adam (most recently played by Justin Hartley)? That would be quite astounding!

Critics can accurately refer to executive producer and head writer Mal Young’s recent comments about Y&R. Within those words he suggested that many questions continue to be asked about the Adam character and that he could be alive.

However, why would Young reveal that reveal? He wouldn’t. It’s not that Young, or any soap head, would openly deceive an audience. Instead, the power broker would simply be withholding crucial information in order to provide a mega-surprise.

Wishful thinking? Sure, but daytime drama thrives on speculation, especially regarding it’s top stars. And the vacationing Eric Braeden, who has played Victor Newman since 1980, surely remains in that exclusive category.