The Young and the Restless Spoilers: Y&R Comings and Goings – Shocking Returns

BY Carrie Cammann on February 22, 2018 | Comments: one comment
Related : Soap Opera, Spoiler, Television, The Young and the Restless 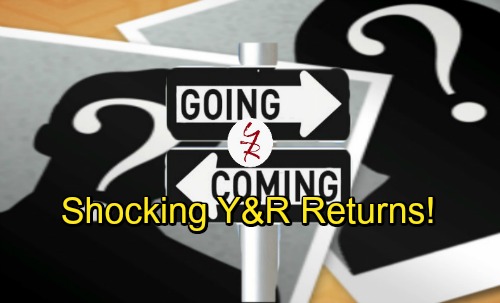 The Young and the Restless (Y&R) spoilers tease a few more returns will shake up the storylines in a few weeks. On Monday, March 26, the CBS soap opera will celebrate the 45th anniversary on the air. To commemorate the occasion, TPTB brought back three more characters they know that the Y&R fans want to see.

First up, Mackenzie (Kelly Kruger) will return to Genoa City. Her return could be related to JT (Thad Luckinbill) in some way. It isn’t clear why they broke up wither than they “grew apart.” Next week (week of February 26), Victoria (Amelia Heinle) will drill Reed (Tristan Lake Leabu) for information on why his father is behaving so poorly. She thinks he tends to overreact to emotional situations. Let’s hope Reed can give her some answers soon. 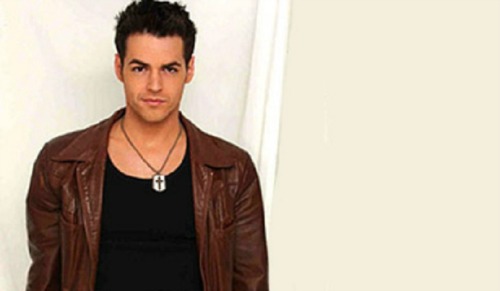 Another return The Young and the Restless fans should get excited about is Raul (David Scott Lago). Raul appeared on the soap opera from 1999 to 2004 and then reprised the role in 2009. Not much is known about Raul’s life since leaving Genoa City, so his return will be a welcome treat. He will probably share scenes with JT, who was his best friend growing up.

And lastly, Brittany (Lauren Woodland) will return for the 45th-anniversary celebration. Brittany first appeared on The Young and the Restless in 2000 and left in 2005. It will be fun for the Y&R viewers to see how she’s changed over the years and catch up how Brittany’s life has changed since moving away from Genoa City. 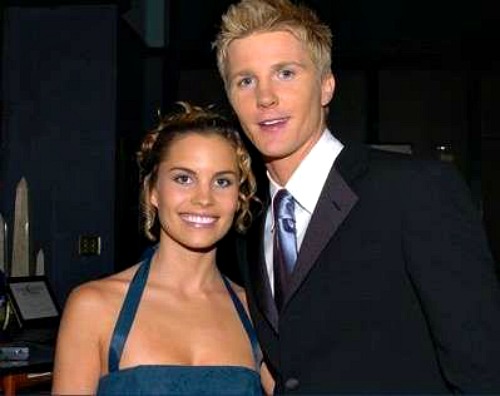 Just yesterday, it was released that Julie Newman (Meg Bennett), Lorie Brooks (Jaime Lyn Bauer), and Leslie Brooks (Janice Lynde) would return for the 45th-anniversary episode next month. It sounds like The Young and the Restless has quite an event planned to celebrate the milestone achievement.

Are you excited to see Raul, Brittany, and Mackenzie next month? Don’t forget to come back to CDL for more The Young and the Restless (Y&R) spoilers, news, and casting updates!