Who Won Dancing With The Stars Athletes Season 26 Tonight? 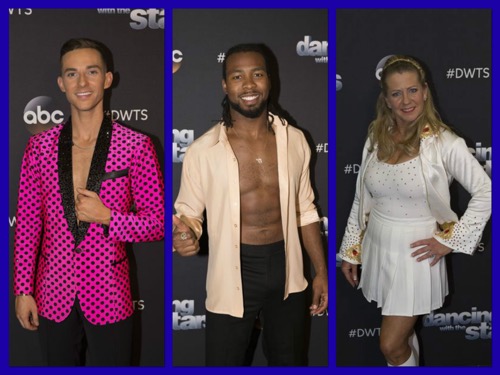 Tonight on ABC’s Dancing With The Stars Athletes season 26 after 3 weeks of stunning competitive dancing, the final three couples performed. It was the closest race ever with some of the best dancing celebrities have ever pulled off. Adam Rippon and Jenna Johnson, Josh Norman, and Sharna Burgess and Tonya Harding and Sasha Farber have one last night of competitive dancing, vying to win the judges’ and America’s votes to be crowned the “Dancing with the Stars Athletes” champion, culminating an incredible season.

On tonight’s final episode as per the ABC synopsis, “The three finalist couples, each will perform two dances. The first round will be inspired by their journey on the show, and each couple will perform a jazz, foxtrot or Viennese waltz routine. The second round will be a no-holds-barred freestyle dance. At the end of the night, based on “last chance” live viewer votes in the EDT/CDT time zones via ABC.com and Facebook, as well as the judges’ scores and last week’s viewer votes, one couple will be crowned the champion, culminating an incredible season, and take home the special Athletes Mirrorball trophy.”

Tonight’s episode is going to have all the usual glitz and glam in the ballroom and we will finally find out who the season 25 Dancing With The Stars Athletes winner is.  Be sure to tune in for our live coverage of ABC’s Dancing With The Stars Athletes Season 26 Final show and find out who the winner is of DWTS Athletes Season 26 – tonight at 8 PM to 10 PM ET!

Tonight’s Dancing With The Stars Athletes Finale episode begins now – Refresh Page often to get the most current updates!

Time for results, votes have combined from last and this week. The winner and champions of Dancing with The Stars Athletes are ADAM RIPPON And JENNA JOHNSON.