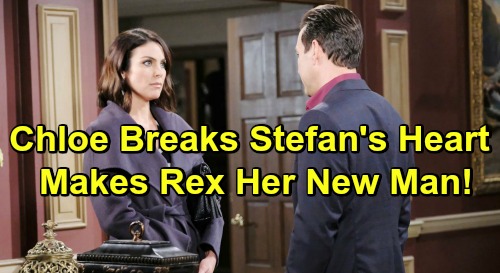 Days of Our Lives (DOOL) spoilers tease that Stefan DiMera (Tyler Christopher) could be headed for more heartbreak. He’s promised to protect Chloe Lane (Nadia Bjorlin) and has bonded with her lately. It took a while for Stefan to get over the pain of losing “Gabby,” Abigail DiMera’s (Kate Mansi) alter. Stefan wasn’t sure he could learn to love again, but now Chloe’s walked into his life.

Suddenly, Stefan has hope for a brighter future. Chloe sees his positive attributes, so Stefan’s starting to see them, too. Of course, this kind of thing could set Stefan up for a huge fall. He’s opening his heart and that always comes with risks, but it’s particularly dangerous for him.

DOOL fans know Stefan has already endured a great deal of drama from Gabi Hernandez (Camila Banus). It was deserved since he inflicted pain on Gabi as well, but that’s not what’s important. The point is Stefan tends to come unhinged when he’s facing sorrow. If Stefan gets burned once more, he could embrace the dark side permanently!

That might not be such a bad thing since Days needs a true villain. Leo Starke (Greg Rikaart) and Diana Cooper (Judith Chapman) are troublemakers, but we need someone who’s a ruthless force in Salem. Stefan might try to follow in his father’s footsteps and become just as cruel as Stefano DiMera (Joseph Mascolo) could be. 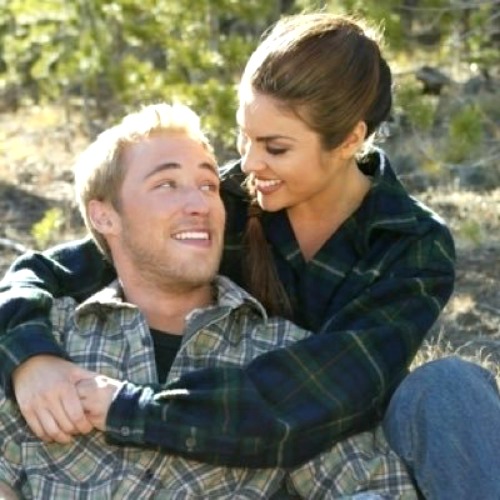 What might bring on this evil setback? If Chloe picks another love interest, that’d certainly do the trick. Rex Brady (Kyle Lowder) came to Chloe’s rescue at Doug’s Place recently. She took the lead on that rescue afterward and the threat wasn’t so threatening after all, but Rex still stepped up.

Days spoilers say Chloe will deliver cookies to Rex next week. Perhaps they’ll be a “thank you” for helping her out. There’s undoubtedly a reason DOOL’s putting Chloe and Rex in scenes together. In fact, there are two. One is that Lowder used to be half of the popular pairing of Brady (currently played by Eric Martsolf) and Chloe. Lowder has changed characters now, but the chemistry is still there.

The other reason is that Days of Our Lives wants to inch Stefan toward Gabi. Chloe will need a different love interest, so Rex is a good fit. Sarah Horton (Linsey Godfrey) will declare her feelings for Eric Brady (Greg Vaughan) during the week of March 18-22, so the timing’s perfect for Rex and Chloe.