BY hellodrdavis on March 3, 2019 | Comments: one comment
Related : General Hospital, Soap Opera, Spoiler, Television, The Bold and the Beautiful 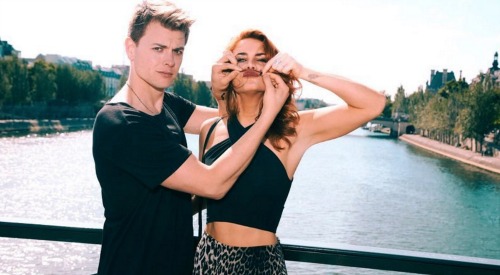 General Hospital (GH) spoilers has some great news to pass on about Chad Duell, who portrays Michael Corinthos on the ABC soap. Michael hasn’t been the luckiest in love lately, as the woman he’s smitten with is currently interested in another man – Detective Harrison Chase (Josh Swickard).

But in real-life, Chad appears to be doing very well in the romance department. He and his girlfriend Courtney Hope, who portrays Sally Spectra on The Bold and the Beautiful, recently celebrated three years of dating. The two have been together since 2016.

Courtney posted an Instagram photo of herself and Chad in Paris clearly enjoying themselves and celebrating big. Her caption reads: “Hands down the best three years of my life. Thanks for embracing and matching my weirdness, laughing with me, and enjoying and capitalizing on every minute of this crazy journey we’re all apart of.” 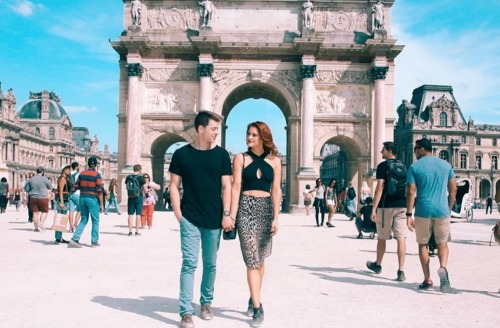 Her caption continues: “I can’t think of anyone else I’d rather be sharing my moments and memories with. Happy anniversary handsome @duelly. Thanks for always keeping a smile on my face. You make my heart so happy.”

It didn’t take long for Chad to comment on the post to say that Courtney is amazing. Many of Courtney’s followers have commented on the post as well, with most wishing the pair a happy anniversary and congratulating them on three years.

From the looks of both Courtney’s and Chad’s Instagram accounts, the two have been enjoying a European vacation together, including France as well as some other locations. They’re both quite active on social media, so check out their accounts for up-to-the minute information on what they’re up to.

We wish Chad and Courtney the best and offer a big congratulations on their anniversary! Stay tuned to the ABC soap and don’t forget to check CDL often for the latest General Hospital and Bold and the Beautiful spoilers, updates, and news.

Hands down the best three years of my life. Thanks for embracing and matching my weirdness, laughing with me and enjoying and capitalizing on every minute of this crazy journey we’re all apart of. I can’t think of… https://t.co/O0TFGPErA3