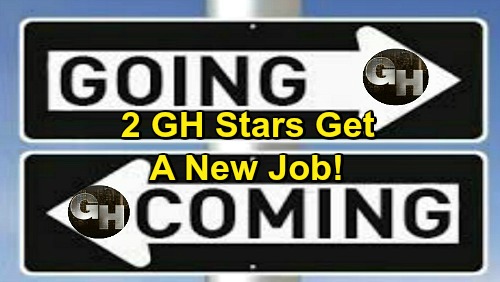 General Hospital (GH) spoilers reveal that there’s some comings and goings news to pass along. For starters, Damian Spinelli (Bradford Anderson) will be back to do what he does best – help Jason Morgan (Steve Burton) and Sam McCall (Kelly Monaco). Sam recently got assistance from him by phone during the catacombs nightmare, so we saw a brief popup. However, Spinelli will be even more helpful in new GH episodes during the week ahead, January 28 – February 1.

Spin’s been doing some digging, so he’s got some information on Shiloh Archer (Coby McLaughlin). Jason and Sam will be glad to have Spinelli working with them in Port Charles. He’ll prove quite valuable to their investigation, so it sounds like some shocking evidence will surface. General Hospital spoilers suggest Spinelli will gush over the “JaSam” reunion as well, so that should be cute for fans.

It’d be nice if Spinelli could pay Maxie West (Kirsten Storms) a visit, too. They could discuss how Maxie’s been coping with Lulu Falconeri’s (Emme Rylan) attack. It’s undoubtedly stirred up some painful things for Maxie. Lulu’s doctors gave her a good prognosis, but this whole ordeal had to be a terrible reminder of how Maxie lost Nathan West (Ryan Paevey).

Whatever the case, Spinelli’s scenes are always something to look forward to. It’ll be fun to have him around for this visit. Over with Sonny Corinthos (Maurice Benard), his surveillance expert will be on hand to offer advice. Stephen A. Smith will reprise his role as Brick for some sweet scenes.

Brick’s guidance won’t be regarding security at the Corinthos compound, although he should bring Sonny up to speed on any issues. Instead, the main purpose of this Brick sighting will be to provide comfort. As Sonny lets go of Mike Corbin (Max Gail) and puts him at Turning Woods full-time, he’ll need people he can lean on. Brick will gladly step up to help Sonny take this difficult step.

In other GH news, two General Hospital stars are appearing in a new film together. The movie’s called The Wrong Husband and it features Brytni Sarpy (Valerie Spencer) along with Sofia Mattsson (Sasha Gilmore). This thriller is set to be released in May, so soap fans might want to mark on their calendars and check out.