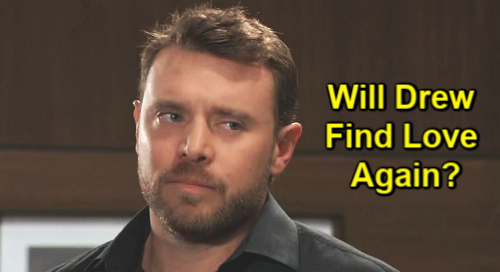 General Hospital (GH) spoilers tease that Drew Cain (Billy Miller) will grow closer to Dr. Kim Nero (Tamara Braun) as they cope with their grief. However, that doesn’t guarantee that they’ll find love again. If GH really wanted to pair these two up, why haven’t they done it already? It’s probably because most fans don’t see much of a spark.

When Margaux Dawson (Elizabeth Hendrickson) came on the scene, viewers once again had hope for a new Drew love story. Hendrickson and Miller played love interests on The Young and the Restless once upon a time. It makes sense that GH might’ve hoped to recreate the magic, but that plan didn’t pan out.

Drew and Margaux had a few cute scenes in the beginning, but there honestly wasn’t much of a spark there either. Margaux is too cold for fans to truly care about her love life and now Hendrickson’s gone back to The Young and the Restless anyway.

Drew Cain Needs His Memories Back

Likewise, Drew really needs his memories back if GH wants to nail down who he is and what he wants. Ever since he learned he wasn’t Jason Morgan (Steve Burton), Drew’s been kind of floating in the abyss.

Fortunately, General Hospital spoilers say a memory flood could be looming. Drew’s mind contains some crucial Shiloh Archer (Coby Ryan McLaughlin) secrets. GH introduced a connection between Shiloh and Drew early on, so what’ll happen with that? The writers could leave it as a dangling loose end, but it’d be much better to use it – especially when it could jumpstart a new story for Drew.

There’s a chance Drew could rekindle his romance with Kim, but that isn’t the only option. If Drew finds a safe way to get his memories back, all kinds of doors will open for him.

Finding An Actress To Pair With Billy Miller

Drew can dig deep into his past and perhaps recall plenty of former flames. Any of them might walk right back into Drew’s life – or he could go fine one if the desire’s strong enough.

Regardless, General Hospital spoilers suggest the show’s committed to keeping Jason and Sam McCall (Kelly Monaco) together at the moment and that is probably a long-term situation.

Drew deserves the opportunity to move on and find another lovely lady – maybe somebody he loved long ago. GH could surely find some great actress to pair Miller up with onscreen.

Are you hoping Drew gets his memories back and finally explores who he really is? Would you like to see some exes come back in the picture? We’ll give you updates as other GH news comes in. Stay tuned to the ABC soap and don’t forget to check CDL often for the latest General Hospital spoilers, updates and news.