General Hospital Spoilers: Michael Gets a Shot with the Woman He Really Wants – Shiloh Destroys Willow and Chase’s Happiness 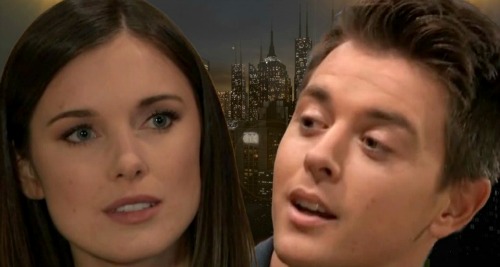 General Hospital (GH) spoilers tease that Harrison Chase (Josh Swickard) will grow even closer to Willow Tait (Katelyn MacMullen). He’s quite smitten with the elementary school teacher, but their connection is far more than surface attraction. Chase admires Willow’s strength and courage, which were evidence in her decision to leave Dawn of Day and Shiloh Archer (Coby Ryan McLaughlin) behind.

Willow has fallen hard for Chase as well and loves how protective he is. This is the first time Willow has felt truly loved and cared, so Chase brings so much joy to her life. However, even the best GH relationships come with obstacles. A couple can be on solid ground one minute and crumbling the next.

Unfortunately, General Hospital spoilers hint that some issues are headed Chase and Willow’s way. Despite their growing connection, Shiloh’s threat will hang like a dark cloud over their relationship. Willow will naturally be worried about Shiloh finding out about “Wiley Cooper-Jones” and going after him. As Brad Cooper (Parry Shen) lets himself fall into this DoD trap, Willow’s concerns may rev up.

Plus, GH viewers can expect some legal worries for Willow. This could tie into her pledge, which Shiloh still hasn’t exposed. Willow might’ve divulged something that she could end up in prison for. Then again, this could tie in with Willow’s role in helping Kristina Corinthos-Davis (Lexi Ainsworth). She’ll become part of the kidnapping plot, so that’ll be something else weighing on her mind.

Willow might also object to some of the strategies Chase uses. There’ll be many ways for this romance to crack under the pressure. Naturally, that’ll give Michael Corinthos (Chad Duell) a shot at winning Willow over. It’s clear that he was developing feelings for Willow before Chase swooped in first.

Michael’s interested in Sasha Gilmore (Sofia Mattsson), but that’s only because Willow isn’t available. Besides, Michael and Sasha aren’t meant to last. GH fans know Michael’s not in the mood to date another manipulative con artist. Sasha may be remorseful now, but that doesn’t change what she signed up for. She’s deceiving Nina Reeves (Michelle Stafford) about the one thing that matters most to her.

Willow has told some lies and continues to leave out part of the story, but it’s not because she’s scheming. She’s genuinely terrified Shiloh will go after the kid she thinks is their baby. Michael can understand that thanks to Kristina’s involvement with Dawn of Day. He gets that Shiloh has a tight grip, so Willow’s deception is justified and even wise.

Bottom line, Chase could get his heartbroken down the road. GH may push Michael and Willow together so they can raise Jonah Corinthos together after all the big reveals. General Hospital spoilers say some shockers are brewing, so stay tuned. We’ll give you updates as other news comes in. Stick with the ABC soap and don’t forget to check CDL often for the latest General Hospital spoilers, updates and news.