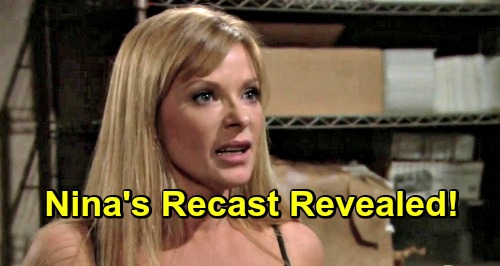 GH has been heavy-handed with the clues, so it seems Willow Tait (Katelyn MacMullen) is one we’re looking for. Of course, Michelle Stafford’s departure from General Hospital must’ve thrown the show for a loop. Stafford is heading back to The Young and the Restless, so where does that leave Nina? More specifically, where does it leave the story GH set up for Nina and Willow?

If you thought General Hospital might just scrap the real daughter plot, it seems that’s not happening. According to a reliable GH insider, the show’s moving forward with this storyline as planned. Perhaps they feel like they’ve come too far to back out now. GH writers may want to see this through to the end and give fans the proper payoff.

Naturally, that means General Hospital will have to bring in a recast. There have certainly been some names tossed around on social media. Cady McClain is one that’s been popping up among some soap fans. McClain happens to be Jon Lindstrom’s (Dr. Kevin Collins) wife, so she’s got a GH connection.

Plus, McClain used to play Kelly Andrews on The Young and the Restless, so it’d be interesting for GH to score a Y&R alum. Would she really be the right fit for the part? That’s tough to say.

Regardless, this GH insider insists a surprising choice is being considered. This person liked some tweets with McClain’s name, but that could’ve just been in approval of the suggestion. It’s too early to nail down a final decision right now.

We have to wonder what might happen after the big reveal. It’s possible there’ll be too much bad blood between Nina and Willow. Perhaps Nina will decide to get away from Valentin Cassadine (James Patrick Stuart) and leave town. As far as the Cady McClain playing Nina buzz, it’s noteworthy that JPS was on All My Children acting together with Cady!

It’s tough to believe Nina would hold a long-term grudge, but Willow might. That could force a distraught Nina to leave and allow Willow to remain in Port Charles.

Then again, maybe the new recast will stick around as well. It all depends on the actress GH selects and how well she does in the role. Killing Nina off might be another option after the daughter saga plays out, but it’d be awfully depressing since Nathan West (Ryan Paevey) already died. It’d be a shame for Nina to die, too.