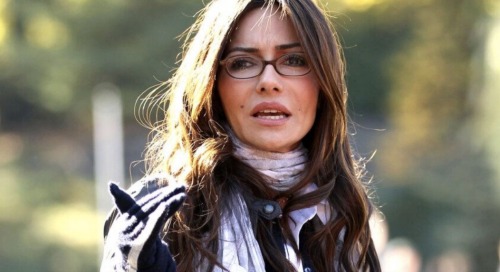 General Hospital (GH) spoilers has some sad news to pass on about a former GH star. Vanessa Marcil, who portrayed Brenda Barrett on the ABC soap, has shared with her Instagram followers that her brother has passed away.

Vanessa posted a vintage photo of herself with her siblings along with the following caption: “My big brother Pete Samuel Ortiz Jr died last night. Rest in Power Sammy…..” Vanessa has two other siblings – Sherry and Tina.

Vanessa’s loss comes just weeks after she lost her best friend, Suzanne Whang, to breast cancer. Suzanne was an HGTV personality and actress, and her death deeply affected Vanessa, as you might imagine.

Vanessa’s Instagram followers have responded in droves to her sad news, with most offering their condolences and words of comfort. One follower commented: “So very sorry for your loss. Sending many healing prayers to you and your family.” And another said: “I lost my big brother a few years back. I’m so incredibly sorry you know this pain. Much love to you and your family.”

Rena Sofer (Quinn Forrester, B&B) also reached out to her former GH co-star on Instagram following Vanessa’s announcement. “Oh, Vanessa,” Rena wrote. “It’s been a tough year for you. I’m so sorry for your loss.”

Vanessa is an Emmy-winning actress who started on General Hospital back in 1992 as Brenda, who had romances with Sonny Corinthos (Maurice Benard) and Jasper “Jax” Jacks (Ingo Rademacher). She last appeared on GH in 2013. She has also appeared on various other TV series, including Lipstick Jungle, Las Vegas, and Beverly Hills 90210.

There’s no word on Sammy’s cause of death at this time. Our deepest condolences go out to Vanessa and her family. Stay tuned to the ABC soap and don’t forget to check CDL often for the latest General Hospital spoilers, updates, and news.