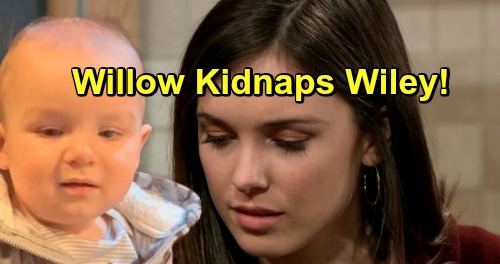 General Hospital (GH) spoilers tease that Willow Tait’s (Katelyn MacMullen) past will catch up with her. She made the difficult decision to give up her baby for adoption, but she clearly wishes she could’ve kept her son. Willow doesn’t know the real Wiley Cooper-Jones is dead, but she’s grown quite fond of the fake one. Despite her love for kids, Willow knew she had to do what was best for her own.

That meant keeping her son away from his birth father. GH fans will find out why soon enough. Willow told Harrison Chase (Josh Swickard) that she came to Port Charles to escape a toxic situation. There have been hints about Willow being raped, so she’s obviously been through a lot thanks to her “baby daddy.”

General Hospital spoilers say Willow’s DoD tattoo was revealed on Thursday’s GH episode, March 14. She was once part of Shiloh’s exclusive circle of trust – and that’s something you can’t just walk away from. Shiloh urged Harmony (Inga Cadranel) to track down the one they lost, so that’s undoubtedly Willow. Despite being marked as Shiloh’s property, she must’ve wised up and realized it was a terrible environment. 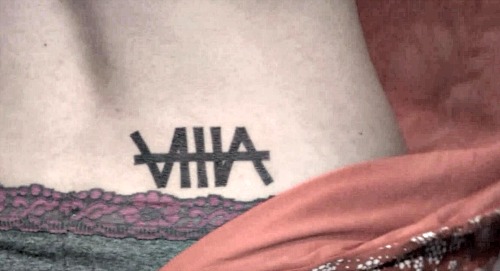 Willow’s pregnancy was probably what really put things into perspective. The thought of Shiloh getting his hands on this child must’ve been terrifying. Of course, it’ll be just as terrifying once Willow is found in PC! She really should’ve done more research about Dawn of Day and its chapters.

It appears Willow once belonged to the DoD community in Beechers Corners, but Shiloh’s had his own setup in Port Charles for a while now. Willow was trying to run from her mistakes, but she’s put herself in back in the path of her biggest one. Naturally, extreme danger could result thanks to this Shiloh shocker. You can bet Willow will panic once she’s confronted or runs into the cult leader

General Hospital spoilers say Willow will make an impulsive decision on March 21, which will lead to some startling consequences. This could involve an awful reunion with Shiloh, but it could also be about “Wiley.” Will Willow get scared and take off with the baby?

Willow obviously cares about that little boy a great deal, so it’s reasonable to assume she’d resort to kidnapping. She’d do anything to keep “Wiley” safe. Fortunately, we all know Willow would return the kid sooner or later. Brad Cooper (Parry Shen) wouldn’t even want to press charges since it could stir up more secrets than he bargained for.

However, all this will lead to a major confession from Willow. General Hospital spoilers say there’s a good chance Michael Corinthos (Chad Duell) will hear it, so it could be the first step toward the truth. We’ll give you updates as other GH news comes in. Stay tuned to the ABC soap and don’t forget to check CDL often for the latest General Hospital spoilers, updates and news.