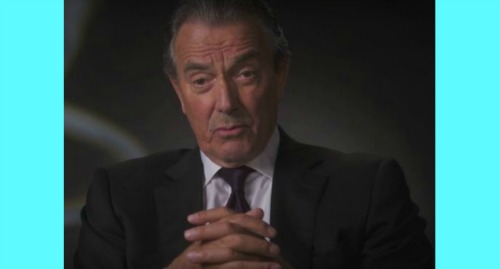 The Young and the Restless (Y&R) spoilers tease that one CBS soap had some important updates to pass along. Eric Braeden (Victor Newman) was forced to evacuate his home due the wildfires in his area, so he was naturally concerned about what he’d return to. There was no guarantee Braeden’s house would still be standing.

Y&R fans were worried about the potential damage, but they were happy that Braeden made the safe choice to evacuate. It’s always the smart thing to do if things could get dangerous! Now there’s some excellent news to report. Braeden posted a Twitter message to offer gratitude to his followers and fill them in on the positive developments. He also included a fun Halloween photo of his grandkids.

Braeden tweeted, “Thankfully we are back in our house! Thank you for all your good wishes and prayers! Means a lot! The youngest of my granddaughters!” It’s nice to know all is well for Braeden and his family. Many Young and the Restless viewers were relieved to get these updates, so they passed along another round of support.

“So glad to hear the good news Eric,” one fan replied. “Your granddaughters are beautiful!” Another fan said, “I’m so glad your house was spared! There is a lot to be thankful for this year!” One more Y&R viewer tweeted, “Awww how cute!!! And I’m so happy to hear your home was fine and you both!!!”

RC Cates, who serves The Young and the Restless’ composer and music supervisor, also had some supportive words to pass along. “Glad you are all safe! Adorable happy Halloween!” Now that Braeden’s settled in again, let’s hope he can get back to studied some scripts and focusing on Victor’s new chapter. It’ll be interesting to see what’s in store for Victor in the coming months.

November sweeps info reveals that Victor won’t quite be able to step away from Newman Enterprises. The company will remain in Victoria Newman’s (Amelia Heinle) hands for now, but Victor will likely do a little micromanaging. It won’t take Victor long to get bored with retirement, so Victoria could get fed up with her father once again!

Doing the best! Watered down whole property! Wish I had a bigger hose !! pic.twitter.com/4OjUCPIus0

Thankfully we are back in our house! Thank you for all your good wishes and prayers ! Means a lot! The youngest of my granddaughters! pic.twitter.com/QGlEnV34t3