The Young and the Restless Spoilers: Nick’s Hot Hookup with a Face from the Past – Needs Comfort as Sharon Moves On With Rey 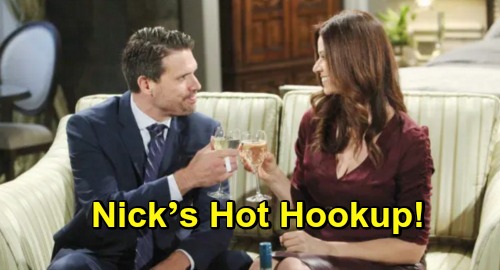 The Young and the Restless (Y&R) spoilers tease that Nick Newman (Joshua Morrow) will cross paths with a familiar face. During the week of April 1-5, Nick will run into Rebekah Barlow (Jennifer Taylor). To refresh your memory, Rebekah had the hots for Nick back when Phyllis Summers (Gina Tognoni) was trying to secure a business deal.

Phyllis convinced Nick to meet with Rebekah, but things went awry. Rebekah got the wrong idea about how far their night together would go. Fortunately, everything worked out since Nick didn’t cheat and Rebekah still made the deal. The fact that she signed on the dotted line proves she doesn’t hold grudges. That’ll be important when Rebekah bumps into a very single Nick.

Y&R spoilers reveal that Rebekah’s attraction hasn’t faded. Nick wasn’t really to blame for that whole business debacle anyway. After all, Phyllis was the one trying to pimp him out! Regardless, Rebekah will quickly get over the incident when she realizes Nick is now available. She probably won’t be surprised that “Phick” imploded. 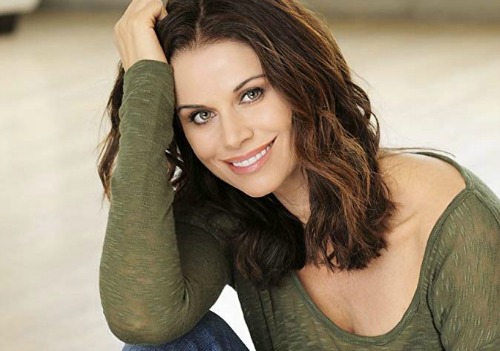 Rebekah may contend that Nick deserves a hot night with a real woman, and that’s apparently what she’ll give him. The Young and the Restless spoilers suggest Rebekah will head back to Nick’s place for some sexy fun. Time will tell whether Nick will see Rebekah again, but she’ll serve as a welcome distraction for now.

When Nick hooked up with Phyllis again, he destroyed his relationship with Sharon Newman (Sharon Case), who’s arguably the true love of his life. After the big “Shick” blowup, Nick proceeded to twist the knife by moving on with Phyllis far too fast. Now that he’s seen Phyllis’ true colors, Nick might wish he had just stayed single and held out hope that Sharon would come around.

If he had, it might be Nick that Sharon was forgiving and moving on with instead of Rey Rosales (Jordi Vilasuso). However, Nick made his choice then and Sharon’s making her choice now. Rebekah may be Nick’s attempt to deal with the pain of losing Sharon and being so wrong about Phyllis.

The Young and the Restless spoilers say Nick will have to find a new path, which may include Rebekah or perhaps another leading lady. Y&R fans will be curious to see what’s ahead for this unlucky-in-love Newman. We’ll give you updates as other news comes in. Stay tuned to the CBS soap and don’t forget to check CDL often for the latest Young and the Restless spoilers, updates and news.