The Young and the Restless Spoilers: Peter Bergman Reflects On 30 Years As Jack Abbott – Dishes On Upcoming Abbott-Centric Episode 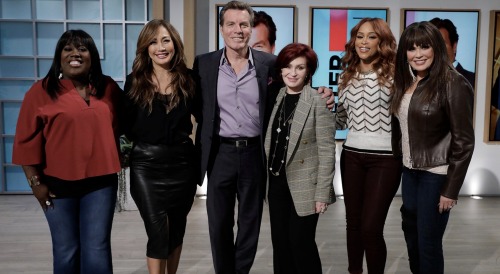 The Young and the Restless spoilers tease that there’s a very special episode of Y&R coming up that pays tribute not only to the Abbott family and its history, but also to Peter Bergman, who portrays Jack Abbott on the CBS soap. Peter is celebrating his 30th anniversary on Y&R, which is an amazing accomplishment.

There will be a special standalone episode of the show, and it’s currently scheduled to air on Monday, November 25. Note that the episode could very likely air sometime after November 25, given that there are more impeachment hearings scheduled between now and then, which may preempt CBS’s daytime programming again.

So, what’s the scoop on this special Y&R episode? Well, Peter Bergman was recently a guest on the CBS roundtable discussion show called The Talk, during which he spoke about the upcoming episode and about some of his experiences on the show and his identity as an Abbott.

About the special episode, he said: “So, on the 25th of November, Jack and his sister have been writing the family chronicle trying to mark the Abbott family’s history, and she’s finally finished with the book, and at the beginning of the show she hands him the book and Jack spends an entire show remembering 30 years of the show, and it’s pretty powerful.”

The episode will feature vintage clips from Y&R throughout the years as Jack reads the book that Traci Abbott (Beth Maitland) penned. It will be a real trip down memory lane for Jack and for viewers as well.

During his interview on The Talk, Peter spoke about filming the famous Abbott family breakfast scenes, which have become a thing of lore. “The difficulty when we get taping is not laughing,” he said. “Because we have so many laughs in the morning, and somebody messes up a line and it turns into an ongoing joke…and there have been some food fights, there have been flying things.”

And about his TV family, he had the following to say: “For me, it’s an incredible joy anytime I’m with all of the Abbotts…By circumstance Jack’s father dies and I am de facto the head of the family, and so from the day that I moved to the head of the table, I’m in charge of these people, these people are my keep, the people I look after, and it’s a very personal thing.”

Peter has portrayed Jack since 1989, and he’s won four Daytime Emmys for his portrayal. Yet the actor said that when he first took the role, he didn’t think it would last. “It’s been an amazing ride,” he said. “I was convinced I could make this job last for 6 months.”

We’re glad that he’s been with the show for 30 years, and we hope there are many more to come! Stay tuned to the CBS soap and don’t forget to check CDL often for the latest Young and the Restless spoilers, updates, and news.