Dancing With the Stars Spoilers: Chrishell Stause The Next Bachelorette – Chris Harrison Gives A Big Hint? 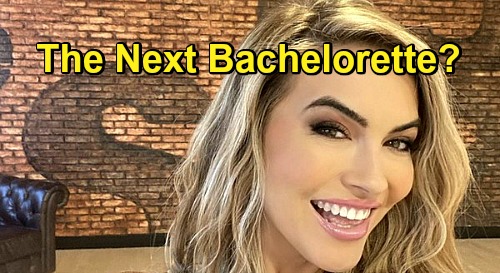 Dancing With the Stars spoilers reveal that Chrishell Stause is wowing everyone, from viewers to judges and everyone in between. So, could she be making her way from the ballroom to the bedroom? There’s a chance she’s being considered to be The Bachelorette! Check out what host Chris Harrison had to say about Justin Hartley’s former flame.

DWTS cast member Chrishell has gone through a tough year. One of the most public moments of her private life was when she found out that Justin Hartley was filing for divorce.

Sadly, the Selling Sunset star didn’t find out from her husband, a lawyer or even by being handed divorce papers. Instead, she learned that her marriage was over when it was published by TMZ. Apparently, Chrishell was stunned by the news and friends didn’t even pick up on any marital problems.

Adding to the divorce shocker, Chrishell also went through a family tragedy. Just last year, the Days of Our Lives alum lost her dad to lung cancer. In a cruel twist of fate, she would also lose her mother to the same disease.

Chrishell’s mom passed away shortly after the divorce bombshell, just adding to her already heavy heart.

Chrishell Stause On The Bachelorette?

Chrishell is making a mark during her stint on the long-running dancing competition series. DWTS currently has Kaitlyn Bristowe, who was in both The Bachelor and The Bachelorette. She has Harrison’s support and he’s also gotten the chance to get to know Chrishell. She’s obviously made an impression on him because he said,

“I am a Dancing fan and watching my girl Kaitlyn crush it. So I’ve gotten to know Chrishell from that. She is fantastic.”

Tell us what you think of Chrishell Stause being on The Bachelorette! Would you like to see her find love again? We will keep you posted with any updates and remember to come back to CDL for scorching hot Dancing With the Stars spoilers, news and updates.