Days of Our Lives (DOOL) spoilers tease that the week of August 17-21 will be filled with drama and some big returns. You won’t want to miss any of the action this week, and the new DOOL spoiler pictures offer some hints about what’s going to go down in the coming week. Check out the photos and spoilers below, so you’re up to speed on what to expect as the week unfolds.

Days of Our Lives Spoilers: Eve Marks The Anniversary Of Paige’s Death

First off, Eve Donovan (Kassie DePaiva) will remain in hiding at the no-tell motel where she’s been staying. As DOOL viewers know, Eve is devolving pretty rapidly as she grows increasingly fixated on her daughter Paige Larson’s (True O’Brien) death. 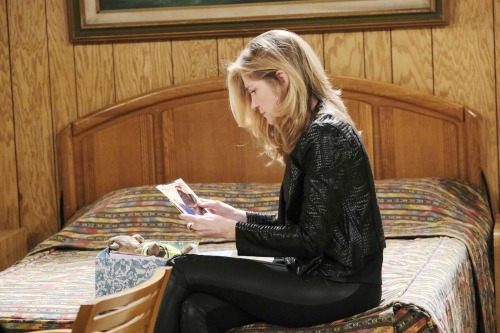 Eve is determined that Ben Weston (Robert Scott Wilson) is going to pay for killing Paige back in his serial killer days, and it doesn’t look like anything will deter her from her mission.

DOOL spoilers say that Eve will spend some time reminiscing about Paige on the anniversary of her murder, and that Eve will get a “visit” from the spirit of Paige, as True O’Brien returns to the show.

Viewers should see some emotional scenes, but will Paige’s spirit tell Eve that she needs to move on and find peace, or will she egg her mother on to continue her revenge plan against Ben?

Days of Our Lives Spoilers: Philip Returns To Salem 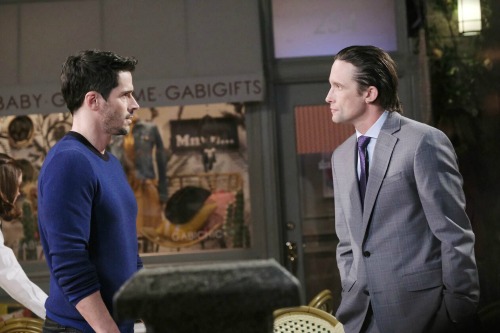 Well, there’s a much-anticipated return coming during the week of August 17-21, when Philip Kiriakis (Jay Kenneth Johnson) returns to Salem.

Philip will be a welcome site for both Victor Kiriakis (John Aniston) and Kate DiMera (Lauren Koslow), but it seems that there will be a few folks who might feel a bit of a stir from Philip’s return, including Shawn Brady (Brandon Beemer) and Belle Black (Martha Madison).

DOOL viewers will remember that Belle has cheated with Philip in the past, so Shawn might not be too enthused to see Philip, at least at first.

But since Shawn, Belle, and Philip seemed to get along ok at last year’s Last Blast Reunion on the DOOL App, they’ll probably manage to peacefully coexist in Salem now. Belle will reassure Shawn that she’s moved on from Philip, so that should settle things.

Days of Our Lives Spoilers: Xander Is Threatened By Philip’s Unexpected Return 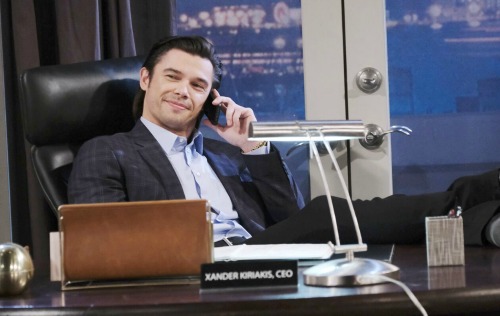 There’s another person who will take Philip’s return poorly, and that’s Xander Kiriakis (Paul Telfer). As DOOL viewers know, Xander has gotten into Victor’s good graces as of late, and now that Brady Black (Eric Martsolf) is gone and Titan Industries needs a new CEO, it seems that Xander is going to assume that the position is all his.

Days spoilers say that Xander will ask Victor to reinstate him as CEO of Titan.

Victor will be on board with this plan for Xander…that is, until Philip walks through the door and asks his father to make HIM the new CEO of Titan Industries.

It looks like Philip might have heard that Brady’s out as CEO and he’ll think that the time is right to pounce. Victor will have a decision to make about who should be at the helm of the company, and Xander will find himself threatened. 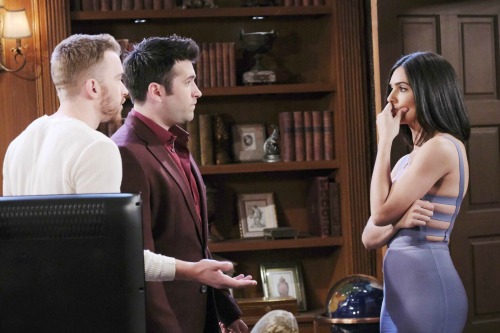 In other matters, Gabi DiMera (Camila Banus) is going to get some troubling news. It seems that Sonny Kiriakis (Freddie Smith) will be getting an intriguing offer of some sort – and it’s likely that it’s a job offer somewhere out of Salem, since both Sonny and Will Horton (Chandler Massey) are slated to leave canvas in relatively short order.

Sonny and Will are going to have a big decision to make, and of course if they decide to leave Salem, then that will impact the daughter they share with Gabi.

It’s looking like Gabi might hear about Will and Sonny’s intention to move and take Ari Horton (Sydney Brower) with them, at least for part of the time. Gabi would surely be upset by the notion of Ari being away from her for even half of the time, but it looks like that’s what’s coming.

We should note, too, that Gabi’s days in Salem are numbered as well, so might she end up following Will and Sonny wherever they go? Actually the answer to that is no – as Camila Banus and Galen Gering leave on the same date and that’s before WilSon. 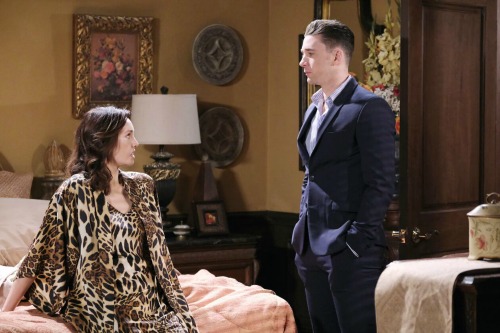 Days of Our Lives Spoilers: Gwen Tries To Use Chad To Make Jake Jealous

Finally, more drama will be unfolding at the DiMera mansion, as Gwen (Emily O’Brien) continues on with her plot to make Jake Lambert (Brandon Barash) jealous. Jake has been spending too much time with Gabi for Gwen’s liking, and she thinks that the best way to get Jake to turn away from Gabi is to make him think that she may have something going on with someone else – namely Chad DiMera (Billy Flynn).

We’ll see if Gwen’s plot works at all – after all, given that DOOL spoilers say that things are going to heat up between Jake and Gabi, Gwen’s plan could backfire!

That ends this bunch of spoiler photos! It seems that we’re in for an exciting week on DOOL, and you won’t want to miss any of the action at all! Be sure to stick with CDL so you don’t miss any of the latest DOOL spoilers and news, and check out our daily episode recaps as well.