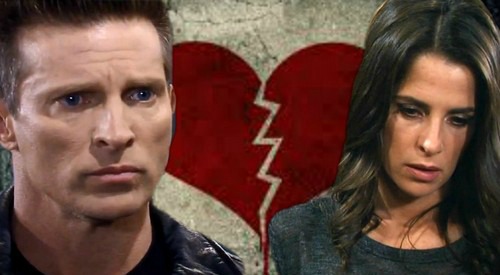 They’ve been fighting so hard for so long, and they’re just looking for someone to cut them a little break. Robert’s willing to do that, but only if they can offer up some hard evidence on Peter August (Wes Ramsey).

Unfortunately, Jason will be stuck dealing with a different mess. Sonny Corinthos (Maurice Benard) and his family will be attacked from multiple angles. Three separate shootouts will affect the Corinthos clan – and Brando Corbin (Johnny Wactor) will show up alive.

Naturally, that’ll be a lot for Jason to contend with. He’s loyal to Sonny and will naturally worry about Carly Corinthos (Laura Wright) as well as all Sonny’s kids.

General Hospital spoilers say Jason will have a lot on his plate, which won’t leave much time for finding Peter proof. These attacks on Sonny will become the priority for a while.

Of course, we should also point out that Jason will shoot and kill the gunman in one of those attacks. It’s not Jason’s fault that he got wrapped up in this dangerous situation, but it’s only going to add to his problems.

It shows that trouble follows Jason everywhere, so Sam’s parole officer may be keeping an even closer eye on things.

Down-the-road General Hospital spoilers say Sam will find herself in a tight spot. She’ll wonder how to handle this strict parole officer after some type of incident.

Will Sam and Jason get caught together? They’ve already been breaking the rules by meeting at Carly and Sonny’s place. Sam has also been trying to think of ways she can “run into” Jason, so all of this seems like a recipe for disaster.

We can’t forget what’s at stake here. Sam could be sent back to Pentonville if she can’t obey orders. If Sam gets busted with Jason, she may struggle to talk her way out of the mess she lands in!