The Bold and the Beautiful Spoilers: Is Courtney Hope Leaving B&B – Sally Spectra to Be Killed Off – B&B Star Leaks Big Clues? 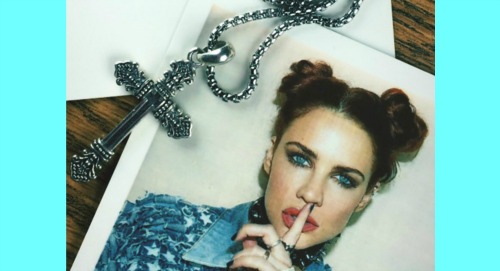 The Bold and the Beautiful (B&B) spoilers reveal that Sally Spectra’s (Courtney Hope) crushing diagnosis has many fans concerned about her future with the show. Will Sally be killed off? Is Courtney Hope leaving B&B? There’s no confirmation just yet, but let’s consider the facts as well as a few clues.

For starters, The Bold and the Beautiful put out a preview video for the week of February 10-14. In this promo, Katie Logan’s (Heather Tom) in Bill Spencer’s (Don Diamont) office to spill Sally’s secret. “She’s dying?!”

Bill exclaims. Katie insists that Sally’s always ready for a fight and notes that it must be terrifying knowing she’s facing one her doctors say she can’t win.

There’s another scene of Sally reflecting on how you never expect to hear that you have so little time left. Sally seemingly confirms the timeframe she’s giving to live as well. “One month,” Sally says at one point in the video. “That’s all I have left.”

What we can gather from all that is that the situation is considered quite hopeless. Sally will refuse treatment – at least initially. She won’t see the point in fighting, but perhaps Wyatt Spencer (Darin Brooks) could change her mind when he finds out.

Wyatt might convince Sally to give herself more time and exceed her doctors’ expectations.

Hope posted an Instagram story on February 7 that seemed to indicate she was still filming. “Post workout, on set snuggles with myself, Happy Friday,” Hope said. Now if Hope meant she was on the set of The Bold and the Beautiful, that could indicate that Sally will end up surviving more than a month.

Soap time can be a little tough to predict since some days stretch longer than real-life days, but we’d still say the fact that Hope’s seemingly on set is a good sign – at least in terms of how long Sally has left. As for the diagnosis part, there may be no getting around that. What Sally’s facing is terminal.

Although a soapy miracle is possible, this story seems to be more about how much time Sally has and not whether she’ll beat this. It’s worth mentioning that Hope’s been posting a lot of reflective Instagram messages lately – ones that involve the topics of time and death.

In one, she posted a picture of a Buddha quote that said, “The trouble is, you think you have time.”

Another post said, “To avoid pain, they avoid pleasure. To avoid death, they avoid life. Don’t be like them.” Hope also opened up about this story in a recent issue of Soap Opera Digest.

Hope suggested that “as an actor it has been nice to sink my teeth into something that I’ve been wanting for a long time. I want to do justice to Sally. She deserves that.”

That almost sounds kind of somber, doesn’t it? Like Hope wants to do Sally justice before her grim fate… Bottom line, it looks like Sally will last beyond the one-month mark that’s predicted, but her outlook remains bleak.

It’s certainly possible, even likely, that Sally will be the beloved character who’s set to be killed off in 2020.