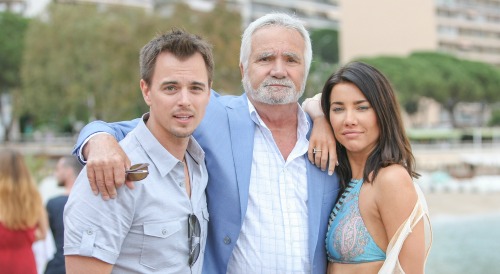 On both Monday, April 27th, and Tuesday, April 28th, CBS will air a docuseries on B&B called “Becoming Bold and Beautiful.” The two-part documentary will show viewers a behind-the-scenes look at a remote shoot in Monte Carlo and will show how the show is put together. It looks like we should get a great glimpse into the “making of” the Bold and the Beautiful.

The documentary is directed by B&B’s supervising producer, Casey Kasprzyk, who told TV Insider the following about the show: “Whether you’re a longtime viewer or someone who’s newer to the show this will give people a chance to see how a daytime show is put together. These episodes are also a gift to our audiences. Nothing will ever beat an original episode of B&B, but this is a nice opportunity to show something we hope will be an exciting adventure.”

Casey continued: “I also interviewed Cindy Popp, our producer/director, who is just amazing. Every time we’ve shot in Monte Carlo, Cindy has been there. She always rises to the challenge. Viewers will see the camaraderie and the sense of family we have at B&B, which starts at the top with Brad Bell, our executive producer/writer.”

The current story at the time of the documentary was back when Steffy was married to Wyatt but still had feelings for Liam. This was also right about the time when Steffy discovered that Quinn was the woman that Eric was involved with, and she wasn’t at all happy about it. It looks like viewers will even get to see how the scene where Steffy chased after, and slapped Quinn was filmed, which should be interesting.

At any rate, it sounds like it’s going to be a fun ride on Monday, so don’t miss Part 1 of the docuseries! We’ll give you updates as more B&B news comes in. Stick with the CBS soap and keep up with all the latest B&B spoilers and news at CDL.