The Bold and the Beautiful Spoilers: New B&B Episodes Start July 20 – Here’s Exactly What To Expect The First Week 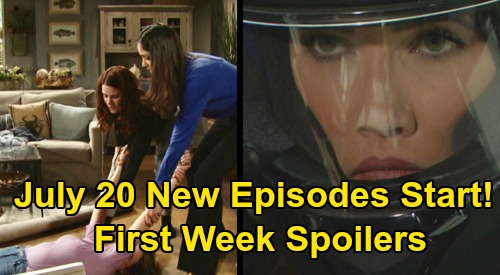 The Bold and the Beautiful spoilers reveal that we have news everyone has been waiting for. New episodes begin airing on July 20! Yes, that’s next Monday and in addition to that, we have some major news to share with you. There’s a car crash, we meet a dashing doctor, Bill Spencer (Don Diamont) makes another desperate plea, and more!

The Bold and the Beautiful Spoilers: Katie Logan’s Recap

On Monday, July 20, expect to get a quick recap of where we left off courtesy of Katie Logan (Heather Tom). She talks about Quinn Forrester’s (Rena Sofer) scheme, Thomas Forrester (Matthew Atkinson) being exposed, Sally Spectra’s (Courtney Hope) illness, and we will also see Carter Walton (Lawrence Saint-Victor) again!

The Bold and the Beautiful spoilers for Tuesday, July 21 reveal that Flo Fulton (Katrina Bowden) will be dragged unconscious to Sally’s apartment. Sally and Dr. Penny Escobar (Monica Ruiz) chain the unconscious woman to a radiator. Meanwhile, Bill makes another desperate plea to Katie.

On Wednesday, July 22, expect Sally to shock viewers even more by telling Penny that she has come up with a new idea. She is going to seduce Wyatt Spencer (Darin Brooks) and plans to create a baby with him! Plus, Steffy Forrester (Jacqueline MacInnes Wood) will enjoy her motorcycle, but ends up getting struck by a car! 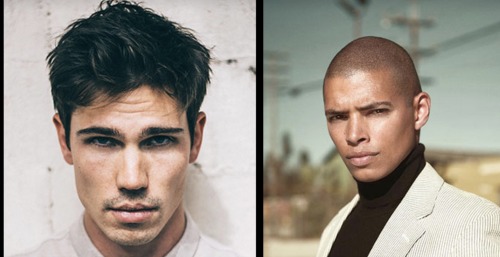 B&B spoilers for Thursday, July 23 reveal that Bill is the one who hits Steffy with his car. Steffy is in the emergency room, where Steffy meets her dashing doctor and new love interest, John “Finn” Finnegan (Tanner Novlan). Meanwhile, Sally is trying to get Wyatt in bed so she can get pregnant. However, Flo wins again by sending him with a message right before the deed happens!

Bill Spencer’s Confession and a Demand

On Friday, July 24, look forward to Bill trying to explain to Ridge Forrester (Thorsten Kaye) that he hit Steffy with his car. The designer will not react well considering Bill just imploded “Bridge” by kissing Brooke, then mows down his daughter. Also, this is the day when Wyatt will demand that Sally come clean and tell him where she has stashed Flo.

It’s going to be an action-packed week and we can’t wait for new episodes to return on Monday! Remember to keep CDL bookmarked so you don’t miss any of the newest Bold and the Beautiful spoilers, updates, or news.

Get ready for all-new #BoldandBeautiful episodes! #BoldIsBack on Monday, July 20th, so mark your calendars and make sure to tune in! Here’s what you can expect to see: https://t.co/60kZJlHbLN pic.twitter.com/lvdWrPPpAp