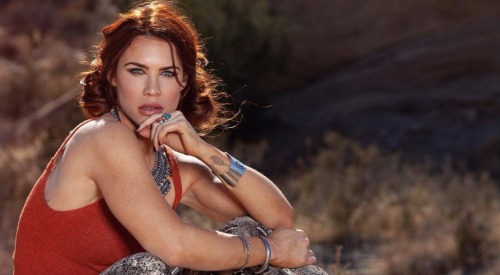 The Bold and the Beautiful spoilers tease that Sally Spectra’s (Courtney Hope) life will be put in jeopardy by the medical diagnosis she receives as she faces death in a mere month. Thankfully she has Katie Logan (Heather Tom) with her at the doctor’s appointment where the reveal happens, as significant support will be needed in coming days and weeks.

Viewers don’t yet know if Courtney Hope is exiting the cast, may return as another character if that happens, or if a positive resolution will come about and Sally will be saved by a miracle cure. With this uncertainty in mind it’s fair to speculate about what happens in the immediate aftermath of Sally learning what her health problem is.

Sure, it’s stressful to endure an unexpected breakup. In this instance, Sally was dropped by Wyatt Spencer (Darin Brooks) two times within a period of less than a year.

The initial version of Wally that formed last summer ended after Flo Fulton (Katrina Bowden) moved to Los Angeles, California, with her then boyfriend, Reese Buckingham (Wayne Brady). She bumped into Wyatt, which led to a revival of a relationship they began in high school.

Wyatt later ended that revival because of her willful involvement in the Beth Spencer (Madeline Valdez and River Davidson) debacle. That ending, or the next one isn’t the cause of Sally’s stress now, however.

Returning to Sally wasn’t something Wyatt anticipated after he chose to end Wally. But he did so with her full acceptance. A relationship boot camp was suggested as a light-hearted gesture. But that demonstration of forgiveness didn’t prevent another break in their relationship.

Wyatt didn’t chide Sally for withholding information from him, as he did during the first drop. Instead, he felt bad while relaying that Flo was his destiny.

Sally rejected Wyatt’s statement, telling him that she wasn’t going to allow Wally to end again. That spunk highlighted her resiliency, which projects to the developing storyline.

Sally’s Sudden Death Could Be Approaching

If B&B is writing the ending to Sally’s story, then a sad tale is unfolding. Hopefully that doesn’t prove true, as Hope is a great actor who adds vibrancy and textured brilliance to her scenes.

An undetected illness that arrives with a horrid force would naturally create upheaval in the lives of all who know Sally in this fictional setting. Considering the family history Hope’s character is connected to, it would be noteworthy if Sally Spectra is actually being written out. Fans will soon know her diagnosis and projected fate.