The Young and the Restless Spoilers: Theo Won’t Back Down, Even Lola Isn’t Enough – Hurts Kyle But Destroys Himself? 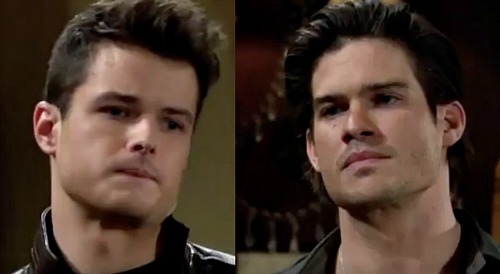 The Young and the Restless spoilers document that Kyle Abbott (Michael Mealor) and Theo Vanderway (Theo Vanderway) continue battling, despite Jack Abbott’s (Peter Bergman) continued pleas that they stop. The cousin conundrum is weakening Jabot and can’t continue for long.

Kyle and Jack aren’t aware that Theo is working with a Jabot employee to secure dirt on Mealor’s character. The plan appears to go beyond embarrassment, as Theo believes Kyle is entitled and deserves to be knocked out of the perch he shares with Jack, as co-head of the family business.

Young And The Restless Spoilers – Connection Formed In The Big Apple

As Y&R fans recall, Kyle and Theo met in New York. Lachlan Buchanan (Kyle) was playing Jack’s son when the character was written off-script. A recast happened awhile after Buchanan left the cast and Mealor took over.

Viewers learned that Kyle and Theo caroused during their years together in the Big Apple. An initial spark of party-based friendship eventually wore thin, as Kyle came not to despise Theo, but to be leery of him.

The write-back of Kyle and Summer Newman (Hunter King) included creation of the Theo character (originally played by Nic Luken), who hadn’t existed until May 2019.

Young And The Restless Spoilers – Wisconsin Angst And Romantic Entanglements

Young And The Restless Spoilers – Even Lola Rosales Isn’t Enough

Theo’s flaws are being exhibited right now, as he’s not satisfied in realizing the start of what could be a relationship with the soon-to-be single Lola. Johnson’s edgy alter ego not only wants to be with the woman he sees as the first real love of his life, he also intends to force Kyle out of Jabot.

Jack is unaware of the lengths that Theo is willing to go in order to gain what he’s currently obsessing over. It appears that Kyle might look bad temporarily, with his father eventually learning that Theo orchestrated the trouble.

Apparently Theo must believe that his uncle will never learn the whole truth. Theo’s ego, that Kyle warned everyone of, continues to drive the character Johnson now plays. He must believe that he’ll survive whatever consequences Jack applies to him, with Kyle being more dramatically damaged.