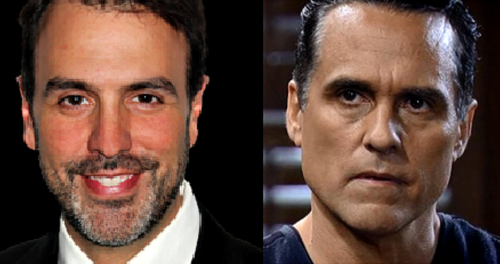 Carlivati has been known to make some controversial comments on his Twitter account from time to time. In fact, Carlivati managed to get fans riled up with a single emoji recently.

General Hospital and Days of Our Lives received Writers Guild Award nominations, so Benard congratulated Carlivati as well as GH Co-Head Writers Chris Van Etten and Dan O’Connor. Unfortunately, Carlivati seemed to feel bitter about his past experience with Benard and basically rejected his praise.

Carlivati’s response to Benard was an eyeroll emoji, so he clearly wasn’t feeling the love! Compare that to Carlivati’s far warmer response to Lisa LoCicero’s (Olivia Quartermaine) congratulatory tweet. “Thanks, Lisa!” Carlivati replied and added two emojis that were throwing kisses.

All of this led to GH and Days fans discussing the obvious issues Carlivati has with Benard. There have been plenty of accusations about Benard getting Carlivati fired from the head writer role at General Hospital.

However, Benard denied having that kind of power in response to another fan later. Benard even suggested that if he did have enough influence to do that, some people would indeed be out the door!

“I don’t have the power to get anyone fired,” Benard tweeted. “If I did trust me there would’ve been at least a handful of individuals that would’ve been gone. So stop with the nonsense unless you know the facts.”

Benard didn’t send that comment directly to Carlivati – and Carlivati hasn’t offered up any follow-up comments to his eyeroll emoji at this point. Nevertheless, you don’t roll your eyes at someone congratulating you unless there’s more to the story!

Carlivati obviously doesn’t think Benard meant his congratulations and doesn’t seem to appreciate the acknowledgement due to the apparent problems between them in the past. We’ll fill you in as other news and updates come in.

General Hospital spoilers say Benard has some great material coming up as Sonny’s amnesia storyline continues. Carlivati also has some fantastic shockers in store for Days fans in the coming weeks, so let’s hope they can both enjoy their separate successes and let the drama die down.

CDL will have all the sizzling General Hospital spoilers, updates and news you need, so stop by frequently.

I don’t have the power to get anyone fired. If I did trust me there would’ve been at least a handful of individuals that would’ve been gone. So stop with the nonsense unless you know the facts.