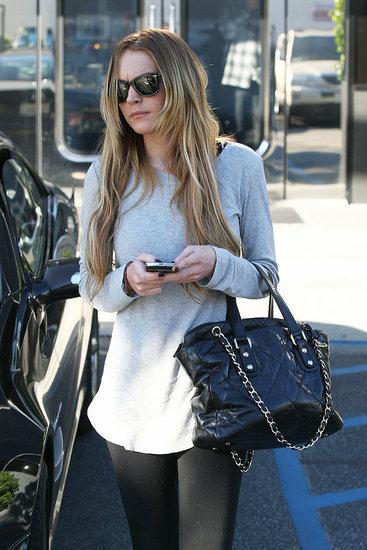 Lindsay Lohan‘s fashion company, 6126, has been working with her through design director Paz Shakked on her Spring 2010 Handbag Line.  Paz says that Lindsay is very knowledgeable on fashion and that working with her is an easy pleasure.  The line has apparently sparked serious interest from the major department stores and is very beautiful according to Paz.

The line – which has looks spanning from evening bags to everyday looks for the working women or girl on the go – will retail from about $100 to $145 on average. “The concept is that it is affordable for the average American girl. So we have different collections so you can find exactly what you want,” Paz told RadarOnline.com.

Paz says that she works with Lindsay even while the star is in rehab – using the internet to communicate on details of the line.  Perhaps the line may have a specal allure – a real ghetto chic –  given that Lindsay’s contribution comes from her court mandated stay in rehab.