Price On Evi Quaid’s Head $100,000 After She Misses Another Court Date 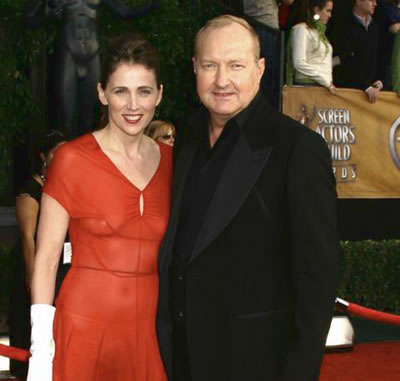 Evi  and Randy Quaid who insist Star Whackers are out to kill them them have lost over $1 million in bail money.  The couple were arrested in October for felony vandalism.   A new arrest warrent issued after Evi once again missed her court case in Santa Barbara has caused the price tag on Evi’s head to increase another whopping $100,000.

Her no-show Thursday — at a probation hearing tied to her plea of no contest to a misdemeanor charge of defrauding an innkeeper — also resulted in her attorney Sanger withdrawing from the case.

Eva is sheduled to appear again in court on Wednesday – who wants to bet she will be a no show again.  Neither of them have showed up for any of their court dates.  They are both seeking asylum in Canada because they say they are being targeted by star whackers and will be killed if they go back.  Some speculate that they have both lost their minds – what do you think?