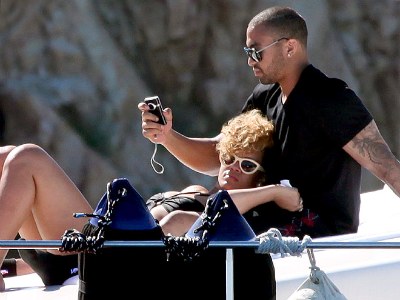 According to reports, Matt Kemp and pop singer Rihanna have gone their separate ways. Rumor has it that there was cheating on the part of both parties.

With Kemp partying in his off-season, and Rihanna traveling the globe promoting her music, the two slowly drifted apart..Kemp’s penchant for clubbing was also partly to blame for the demise of their relationship.

Word on the street is Matt left a Hollywood club last week with two girls in tow and brought them home.

And I thought they made such a cute couple, too. Oh well, if you can’t keep it in your pants, you might as well just end it. At least this one didn’t beat on her…right?