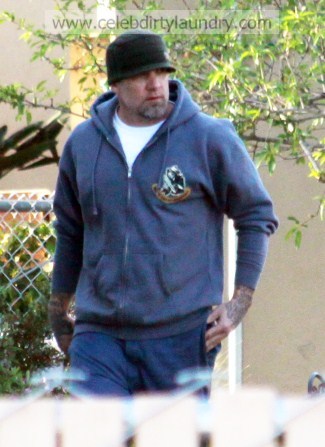 Friends of the motorcycle enthusiast – who has been accused of cheating on the Oscar-winning actress with tattoo model Michelle ‘Bombshell’ McGee – claim he is often surrounded by a host of female admirers because he is the high-profile owner of the West Coast Choppers empire.

One told People magazine: "He is heavily targeted and pursued by women. Those girls throw themselves at him."   According to another source, Jesse – who has three children from previous relationships – would regularly hang out with women but Sandra trusted him because she always saw the best in her spouse of nearly five years.   The insider said: "He would go out with people that Sandra may not have necessarily approved of – women. But Sandra trusted him."   Earlier this week, Jesse apologised for having an affair with Michelle and admitted he deserves "everything bad" which may come from his "bad judgement".

Through his publicist Monique Huey-Jones, Jesse said: "The vast majority of the allegations reported are untrue and unfounded. Beyond that, I will not dignify these private matters with any further public comment. There is only one person to blame for this whole situation, and that is me. It’s because of my poor judgment that I deserve everything bad that is coming my way."  Sandra – who married Jesse in July 2005 – has left their marital home and is being comforted by family.

Michelle told in an interview with In Touch magazine how their 11-month fling began while Sandra was away filming ‘The Blind Side’ – the movie which earned her the Best Actress Oscar. Michelle added: "I would never have hooked up with him if I thought he was a married man. He gave me the impression they were separated."   Photo: Fame Pictures