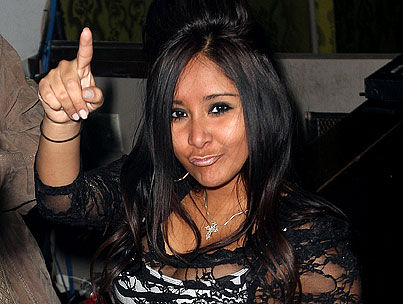 For all of you who were heartbroken that Jersey Shore’s Snooki‘s New Years Eve Ball Drop was cancelled – I have good news! MTV confirmed that it will happen. The event will be moved to a new location. Rather than happen in Time Square it will happen in Seaside Heights, New Jersey. Which is the original setting for the reality show she stars in Jersey Shore.

MTV said in a statement: “We love our Times Square home and while we’re disappointed there won’t be a Snooki ball drop there, she cannot be denied! So we’re taking a road trip to the place where it all began, Seaside Heights, and droppin’ it all there.”

So for all the Snooki and Jersey Shore fans you will be able to see orange midgit Snooki drop inside the ball in New Jersey, live on MTV’s “New Year’s Bash 2011,” on December 31, beginning at 10:30 p.m. est.