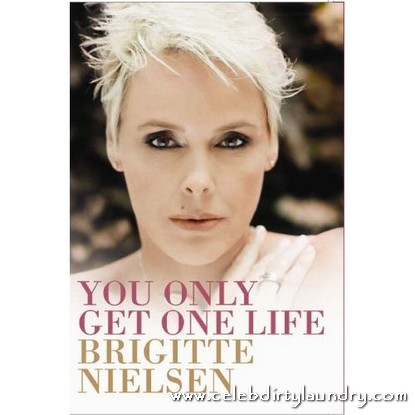 Brigitte Nielsen embarked on an affair with “charming” Arnold Schwarzenegger and she has opened up about the romance in her upcoming autobiography ‘You Only Get One Life.’

The Danish actress knew her first marriage was over after experiencing a sexual “energy” with Arnold Schwarzenegger which led to their “outrageous affair” in the 1980s.  She sure is perceptive.

In the book, which has been serialised in Britain’s The Sun, the actress reveals she knew her marriage to Winding was over when she became intimate with Schwarzenegger, but still experienced a “deep sense of guilt” about the romance.

She writes,“Of course it was soon apparent that the two of us had energy between us and at length it channelled itself into an outrageous affair.”

“We both knew that when the film was finished, so were we.  Time was limited so we didn’t hold back – we really made the most of it.  The set lights would barely be off before we disappeared to do our thing.  We wanted time to ourselves and we wanted to try everything.  And when we were alone, that’s exactly what we did.”

“Not surprisingly I wasn’t honest with my husband Kasper about what was going on with Arnold.  I already knew the marriage was over but the affair meant there was really no going back.  I paid for all the fun we had with a deep sense of guilt.”

Guilt – Neilsen just doesn’t strike us as the type who suffers terribly from guilt.