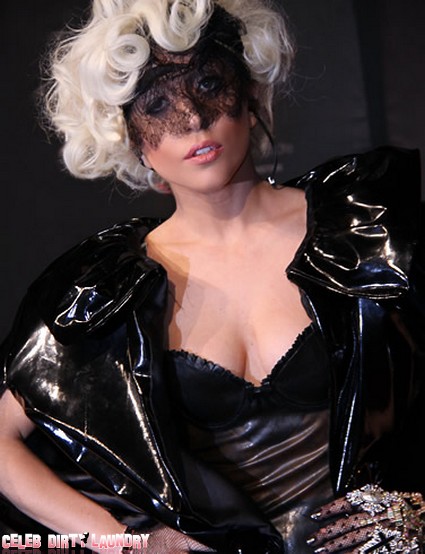 Lady Gaga is going to play Santa Claus this weekend. She has a present for her fans regardless of whether they’ve been naughty or nice  in 2011.

The singer teased the surprise on Twitter ‘Been racking my brain on what to get Little Monsters for Christmas!! I finally figured it out!!’ Then she revealed all ‘On Christmas Day I will leak to you an unreleased song off Born This Way. It was recorded live, in one take, on the tour bus. Uncensored‘. So we don’t have long to wait – it’ll be available on Sunday.

It’s the second Christmas present Gaga’s followers have been promised this week – but at least this one comes from the Lady herself. A couple of days ago the New Yorker’s Twitter and Facebook accounts were hacked and her little Monsters were tricked into thinking they were getting a custom designed Haus of Gaga Apple iPad 2. The phishing scam has since been shut down and the wild one is once again in control of her social media.

So what does the world’s wackiest pop star do at Christmas? This year Mother Monster is spending December 25 in Tokyo. No doubt she’ll be tucking into some shabu shabu on the day which is her favourite local dish. But it’s a quick trip to Japan because Ryan Seacrest needs her in New York . She’ll back in her hometown on December 31 to watch the ball drop in Times Square. She’ll appear on Dick Clark’s New Year’s Rockin’ Eve alongside Justin Bieber, Nicki Minaj, Fergie and LMFAO.