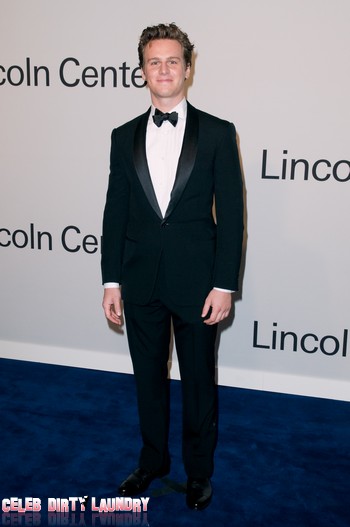 A few years ago the rock musical ‘Spring Awakening’ made its way to Broadway and altered the theatre scene. The show dealt with the dangers of sexual repression and was a platform for teen angst. A major reason for the production’s incredible success was its cast, headed by Jonathan Groff. Later, the Tony nominated actor proved to be a distinguishing talent with roles in ‘Hair’, ‘One Life to Live’ and ‘Glee’. According to producer Ryan Murphy, Groff is set to reprise his role as Jesse St. James on the hit FOX series.

Recently he starred in ‘The Submission’ a powerful off-broadway play that centered on unacknowledged racial prejudice. The role proved just how strong a performer Groff is. As Danny, he managed to generate sympathy from the audience even while uttering some of the most offensive dialogue imaginable.

I was fortunate enough to ask Groff a few questions regarding controversy, selecting roles, and the exciting nature of show business.

In ‘The Submission’, you played Danny who is passionate and brilliant yet demonstrates some controversial views. Do you think he is ignorant or just speaking his mind while others are afraid to?

In my opinion, Danny thinks that he is so liberal and open minded that racism doesn’t apply to him. He can make off color jokes and comments because he is so “beyond it.” I think that he is ignorant to the fact that he does have a lot of self improving to do, and hopefully by the last moment of the play, has the realization that he needs to really face his issues. I think his journey speaks to a lot people who think that racism is a dead issue, or that we have moved so far ahead that it doesn’t effect us anymore.

As a stage performer, you’ve had tremendous success and recently appeared as Jesse St. James on ‘Glee’. Are your upcoming projects centered around theatre or television and film?

I don’t really look for a specific medium when I am looking for the next job… it is more about the project itself, and the people who are working on it. I am just looking to work on something that I feel inspired by with people that I respect.

You’ve appeared in such films as ‘Taking Woodstock’ and ‘The Conspiritor’. It’s clear that the film industry is your next order of business. What types of scripts usually come your way and which roles do you usually gravitate towards?

You never know what is going to come and you next in this business, which is what makes it so exciting, and sometimes scary. I am just looking for scripts and roles that inspire me and make me feel something.