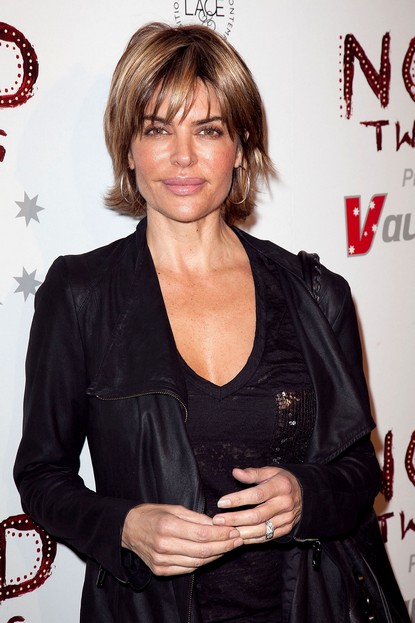 Kelly Ripa and Lisa Rinna were both up to replace Kathy Lee Gifford when she left her co-host job with Regis Philbin ten years ago.  Lisa did not get the job it went to Kelly Ripa.  Now that Regis is leaving the show Lisa just may get another chance at the job.  Lisa who recently co-hosted the show while Kelly was on vacation thinks it might be a good idea to have two women host the show.

“You can’t replace Regis,” she began. “[But] I think it’s actually smart to put a lady in there [with] Kelly. It would be fun to co-host with her, at least see what the chemistry would be like cause we know sometimes women get along, sometimes they don’t.”

Meanwhile, Lisa just finished a stint on Donald Trump’s Celebrity Apprentice.  She did not last long on the show and she did say it was brutal but thinks she would have lasted longer if she was on the men’s team.  Do you think Lisa would make a good replacement for Regis?  Celeb Dirty Laundry wants to know!