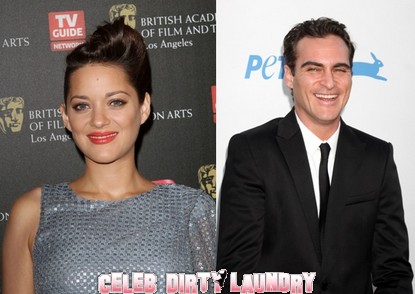 The great 36-year-old actor Joaquin Phoenix – who was absolutely brilliant playing the lead role of Johnny Cash in ‘Walk The Line’ – and the French beauty Marion Cotillard will star in the movie by James Gray, about a Polish woman who is forced into prostitution when she emigrates to the US.

Jeremy Renner is also in negotiations to take on the role of Joaquin’s character’s cousin, who gives the woman a chance to escape from her troubled life and away from the man who has forced her into turning tricks.  The shooting schedule will begin next year owing to the tight schedules of all of the participants.

Joaquin is currently working on an untitled movie by Paul Thomas Anderson, while Oscar-winning actress Marion is filming Batman movie ‘The Dark Knight Rises’ in the role of Miranda Tate.

She will next be seen in action thriller ‘Contagion’, about the threat posed by a deadly disease, starring Kate Winslet, Gwyneth Paltrow and Matt Damon.